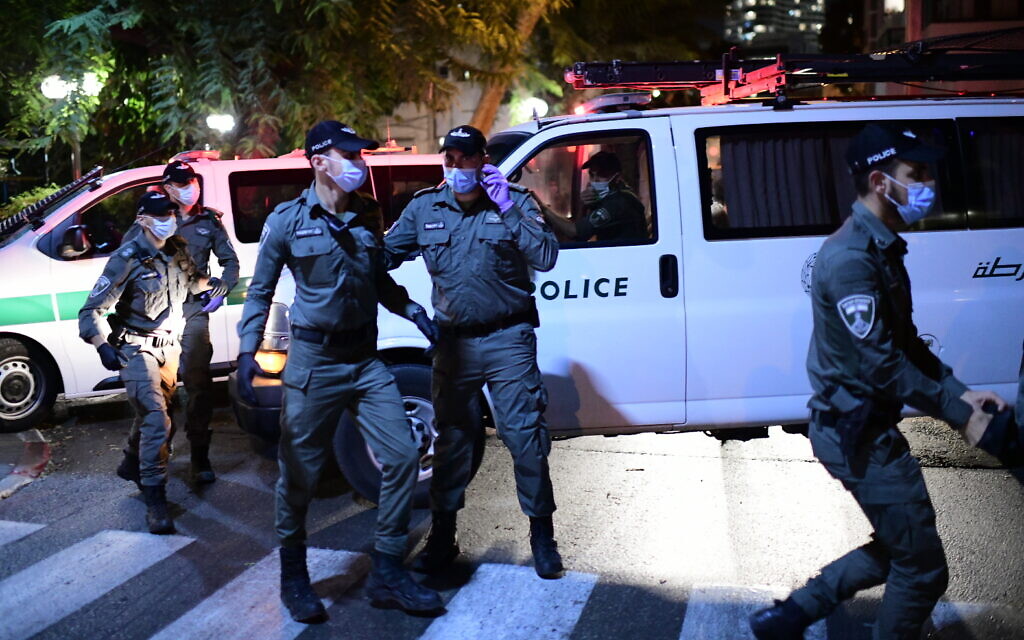 
In a joint covert operation with the FBI, the Israel Police arrested 26 people overnight Tuesday-Wednesday in Tel Aviv on suspicion of involvement in alleged massive fraud and money-laundering offenses related to digital forex trading.

The statement said the alleged cryptocurrency crimes involved victims abroad and amounted to tens of millions of shekels.

The arrests were part of a coordinated simultaneous operation by a number of law enforcement agencies around the globe to detain those suspected of financial crimes, police said without giving further details on other locations.

Two of the main suspects, men in their 30s, were set to appear at Tel Aviv Magistrate’s Court on Wednesday for a remand hearing.

The detained individuals were not named in the statement, nor was the company for which they apparently worked.

According to the statement, the 26 suspects were all residents of central Israel and the victims of the alleged fraud all live abroad.

A visual representation of Bitcoin, at the ‘Bitcoin Change’ shop in Tel Aviv, February 6, 2018. (Jack Guez/AFP)

Police said the investigation began with a report from the United States that a group of Israelis was defrauding dozens of people to the tune of tens of millions of shekels under the guise of cryptocurrency financial transactions. The suspects were said to be allegedly marketing ostensible products and investments, but not providing them, and keeping the victims’ money.

Israeli detectives located the Tel Aviv office from which the fraud was allegedly committed against US residents, and identified the network of individuals involved.

In addition to the arrests, officers from the fraud unit seized computers and digital storage devices to provide evidence for the investigation.

According to Channel 12 news, most of those arrested have claimed no knowledge of any alleged fraud. The company was said to have attracted workers with promises of high salaries for those who were committed to working hard.

Israel has been a major hub of online investment scams, which also operate from Cyprus and throughout Eastern Europe.

When the binary options industry was outlawed via Knesset legislation in October 2017, largely as a result of investigative reporting by The Times of Israel that began with a March 2016 article entitled “The wolves of Tel Aviv,” some scammers shifted to schemes involving forex trading or cryptocurrency speculation.

Israeli law enforcement officials have prosecuted almost no online investment fraudsters, despite the fact that the industry has employed thousands of Israelis who have defrauded billions of dollars from victims worldwide.

Simona Weinglass contributed to this report.

You get Israel news… but do you GET it? Here’s your chance to understand not only the big picture that we cover on these pages, but also the critical, juicy details of life in Israel.

In Streetwise Hebrew for the Times of Israel Community, each month we’ll learn several colloquial Hebrew phrases around a common theme. These are bite-size audio Hebrew classes that we think you’ll really enjoy.

Already a member? Sign in to stop seeing this


You’re serious. We appreciate that!


We’re really pleased that you’ve read X Times of Israel articles in the past month.

That’s why we come to work every day – to provide discerning readers like you with must-read coverage of Israel and the Jewish world.

So now we have a request. Unlike other news outlets, we haven’t put up a paywall. But as the journalism we do is costly, we invite readers for whom The Times of Israel has become important to help support our work by joining The Times of Israel Community.

For as little as $6 a month you can help support our quality journalism while enjoying The Times of Israel AD-FREE, as well as accessing exclusive content available only to Times of Israel Community members.

Already a member? Sign in to stop seeing this

Dollar extends gains as risk slumps further on the session