8 Companies Keep Making Much More Money Than Anyone Imagined 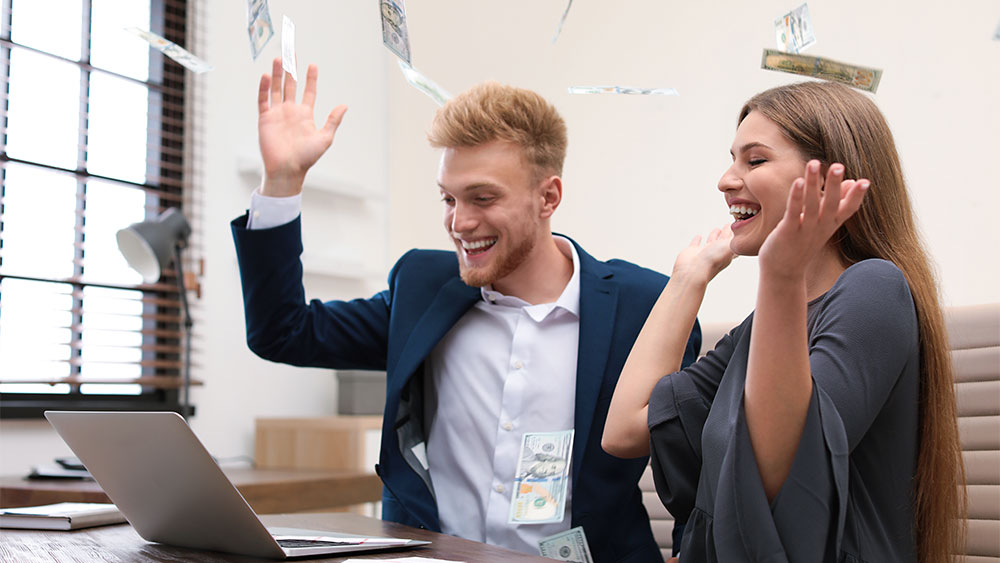 
S&P 500 profits are gushing in faster than anyone expected. But some companies are making a habit out of blowing away profit expectations — and making investors richer in the process.

Eight companies in the S&P 500, including communications services firm T-Mobile US (TMUS) plus financials like Capital One (COF) and Goldman Sachs (GS), topped profit forecasts by 30% or more in each of the past four quarters. That’s a full year of repeatedly topping forecasts.

Such powerful earnings “beats” give investors confidence in the S&P 500, despite the risks of inflation and spreading Covid-19 cases.

“The breadth and magnitude of earnings surprises demonstrates how impressive the economic snapback has been,” says a report by RMB Capital. “With earnings exploding, inflation concerns abating, and vaccinations increasing across the globe, the proverbial ‘wall of worry’ the stock market is said to climb seems to be getting smaller.”

And some S&P 500 companies keep jumping over their profit hurdles.

It’s been pretty common for S&P 500 companies to make more than expected in the second quarter. That makes it even tougher to stand out.

Additionally, the S&P 500 companies topping profit forecasts in the second quarter are doing it by a huge margin, Butters says. The average S&P 500 profit “beat” is 17%, well above the five-year average of just 7.8%.

Now try topping views by 30% or more every quarter for four straight quarters. A few companies pulled it off.

Mobile communications carrier T-Mobile US continues to tear up any profit forecasts put in front of it.

Perhaps, though, S&P 500 investors are getting spoiled and beginning to count on the “uncarrier” to trounce profit targets. Shares are only up 5.4% this year, despite beating second-quarter profit forecasts by 88% and by 60% in the first quarter.

Keep in mind, though, analysts are getting a little better at anticipating T-Mobile’s profits, too. The company more than doubled profit forecasts in the fourth quarter of 2020. And it topped views in the third quarter of 2020 by nearly three times. Should you buy T-Mobile US stock now?

The financials sector is in a class of its own when it comes to routinely beating profit forecasts. Five out of the eight S&P 500 companies to do it are financials.

Take credit card king Capital One Financial, for instance. Shares are up 70%, just this year following a string of massively better-than-expected quarterly profits. Just in the second quarter, the company topped profit views by nearly 70%. All told, it’s made an average 95% more money than analysts thought it would in the past four quarters. The stock is up more than 160% in the past 12 months.

It’s a similar story at storied bank, Goldman Sachs. The company’s bottom line topped analysts’ views by an average of nearly 70% in the past four quarters. And that helps explain why shares are up a blistering 96% in 12 months, including 50% just this year.

The question is whether S&P 500 companies can keep topping analysts ratcheting up expectations. But so far, these companies are making it look simple.

MarketSmith: Research, Charts, Data And Coaching All In One Place

Bitcoin price rises past $50,000 as rebound continues By Reuters