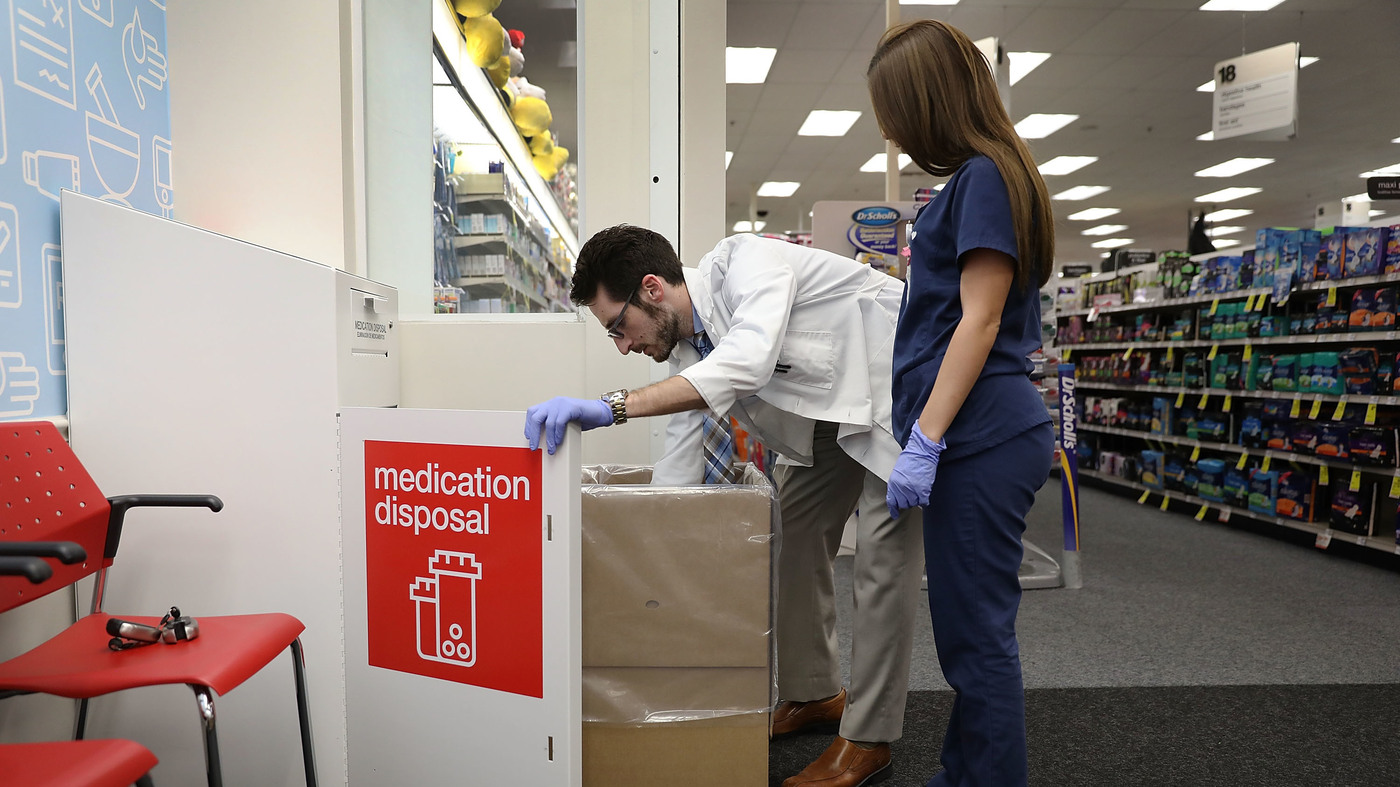 On Monday in a federal courtroom in Cleveland, Ohio, the nation’s legal reckoning over the opioid crisis shifts to four name-brand pharmacy chains: CVS, Giant Eagle, Walgreens, and Walmart.

The companies say they did nothing wrong in the way they dispensed highly addictive pain pills. But the jury trial now getting underway could expose them to billion of dollars in liability and huge risk to their reputations.

Critics say they were reckless in the way they dispensed opioid pain pills, ignoring red flags as more and more people became addicted.

“What they did was too little, too late,” said Mark Lanier, with the Lanier Law Firm, one of the lead attorneys suing the pharmacy chains.

He argues the companies earned billions of dollars dispensing opioids while often failing to implement adequate safety and monitoring systems for high-risk medications.

“This has been a problem since the 1990s and these pharmacies really didn’t start trying to screen even semi-effectively until after they’d already been slapped on the wrist,” Lanier told NPR.

More than 500,000 people in the U.S. have died from overdoses since the late 1990s when drug companies – including pharmacies – began distributing far more opioid medications.

If the firms are found liable, they might have to pay billions of dollars

If the firms are found liable, they could be required to pay billions of dollars to help governments cover the cost of easing an opioid epidemic that’s killed hundreds of thousands of Americans.

“Because the scope of the economic harm is so significant, the price that could be paid in any verdict could be quite significant,” said Adam Zimmerman, a professor at Loyola Law School and an expert on opioid litigation.

If the companies lose this fight, they wouldn’t just have to pay for drug treatment. They could eventually be required to compensate governments all over the U.S. for everything from larger foster care programs to a wide array of costs.

The companies tried unsuccessfully to have these lawsuits dismissed, arguing that blame for the opioid crisis lies elsewhere, with drug-makers, physicians, or with government regulators.

“We never manufactured or marketed opioids, and never sold opioids to the pain clinics, internet pharmacies or the ‘pill mills’ that fueled the opioid crisis,” Walgreens said in a statement sent to NPR.

“CVS Health is very different from drug manufacturers and wholesalers and we will vigorously defend the company in these matters.

Earlier this year, an investigation by NPR found some Walmart pharmacists tried to raise alarms about the company’s opioid practices but felt they were ignored or silenced.

But Walmart too says liability for overproduction and overprescribing of opioids should fall elsewhere.

“Blaming pharmacists for not second-guessing the very doctors [the Drug Enforcement Administration] approved to prescribe opioids is a transparent attempt to shift blame from DEA’s well-documented failures in keeping bad doctors from prescribing opioids in the first place,” Walmart said in a statement last year after the US Justice Department filed a separate lawsuit against the company.

That combative tone reflects another difference in this phase of opioid litigation: The pharmacy chains have appeared far less willing to negotiate a settlement than other Big Pharma companies.

The Rite-Aid chain did settle with the two Ohio counties in this federal case in August for an undisclosed amount of money. But the four other firms have chosen to fight in court.

Even if they prevail, however, experts say they could face weeks of embarrassing testimony about their opioid business practices.

Dr. Melissa Durham is pharmacist and professor of clinical pharmacy at the University of Southern California who has written extensively about the opioid crisis.

According to Durham, it’s unclear whether pharmacy chains did enough to help their employees avoid dispensing highly addictive pills to the wrong people.

A central question in this trial, she said, it “what systems and processes were in place to insure that things were done properly and whether or not something was really missed.”

The trial beginning today is expected to last weeks. If the companies are found liable, federal Judge Dan Polster will later determine the amount of damages to be paid.

This comes at a time when other major players in the opioid industry have filed for bankruptcy or reached tentative settlements.

Purdue Pharma, the maker of Oxycontin, is expected to pay between $5 and 10 billion as part of its Chapter 11 reorganization.

AmerisourceBergen, Cardinal Health, Johnson & Johnson, and McKesson have reached a tentative settlement with 42 states expected to result in payouts of $26 billion.

While that sounds like a lot of money, it pales compared to the cost of dealing with high rates of addiction in the US.

Federal researchers at the Centers for Disease Control and Prevention now estimate the opioid crisis is costing governments more than $1 trillion a year.