A real coup can’t happen here. Could It? 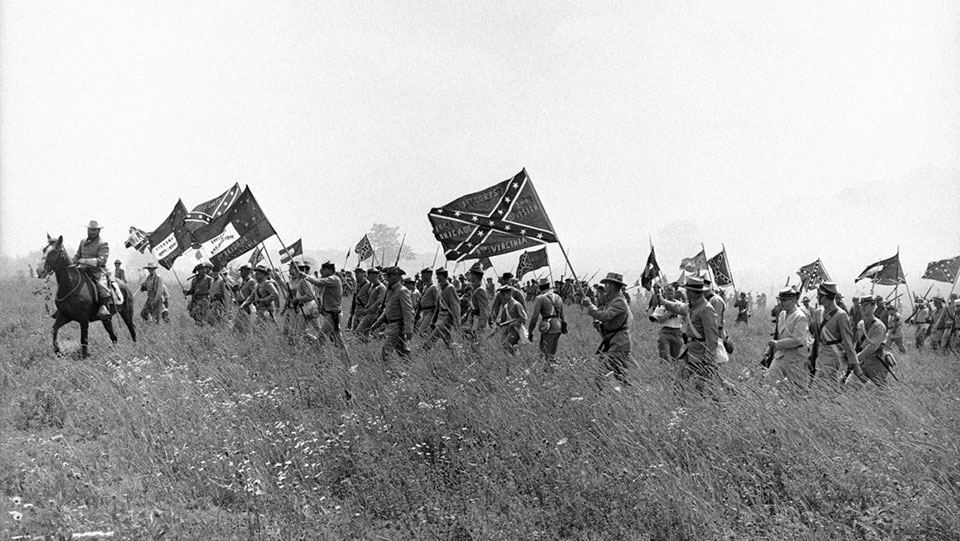 0 7
Share
Confederate troops start their march across the Gettysburg Battlefield in Gettysburg, Pennsylvania, on July 3, 1963, during a reenactment 100 years after the pivotal battle. The bloody Civil War, an earlier attempted overthrow of the US government backed by nascent corporate forces, resulted in almost 700,000 dead. | AP Photo It’s often been said of the resilience of U.S. political institutions against a coup that “It can’t happen here.” But as more and more evidence turns up about the Jan. 6 invasion, complete with Confederate flags, into the U.S. Capitol, the answer to that conclusion increasingly looks like “Yes, it could…and it almost did.” And it wouldn’t be the first time, either. Luckily, all attempts we know of, including the Trumpites’ insurrection, have failed. We might not be so lucky or so bless
Subscribe or log in to read the rest of this content.
civil wardemocracyfascismfdrhistoryNewsopinionPolitics
0 7
Share FacebookGoogle+Email