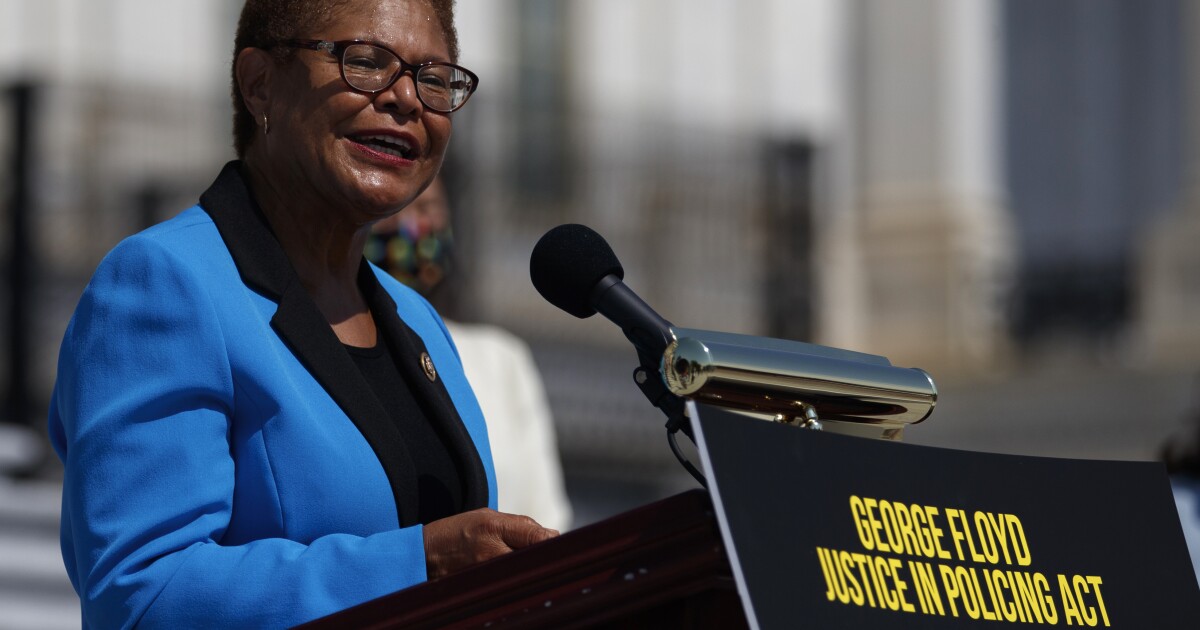 0 5
Share
WASHINGTON — As Rep. Karen Bass (D-Los Angeles) turns to the next chapter of her political career — a run for L.A. mayor, according to sources familiar with her plans — the congresswoman spoke to the Los Angeles Times about the end of her latest one: an unsuccessful push for police reform.Lead negotiators in Congress pulled the plug on talks earlier this week, conceding that after months of discussions, Senate Democrats and Republicans were unable to reconcile their differences and send a “transformative” bipartisan bill to President Biden’s desk.The effort launched after the 2020 murder of George Floyd by a Minneapolis police officer, one in a string of killings of unarmed Black men by police that triggered nationwide racial justice protests.Though House Democrats twice passed their George Floyd Justice in Policing Act, Senate inaction means the federal government is unlikely to enact new laws to improve policing practices over the next 15 months, even as Dem
Subscribe or log in to read the rest of this content.
0 5
Share FacebookGoogle+Email

Staking on Ethereum 2.0, explained By Cointelegraph

Supreme Court told it should reconsider Roe v. Wade if it takes up Texas abortion law…