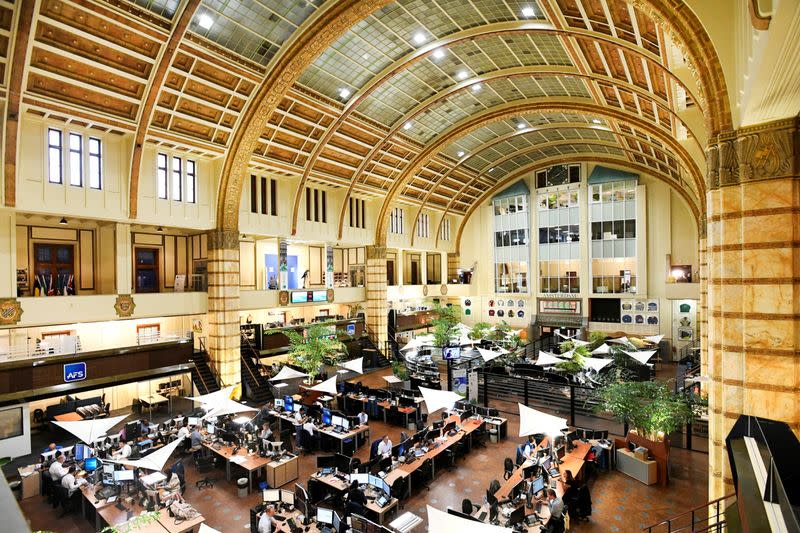 0 5
Share
By Arno Schuetze, Abhinav Ramnarayan and Toby SterlingFRANKFURT (Reuters) - European stock market listings have come back with a bang after the summer lull but blank cheque firms are nowhere to be seen.So far this quarter, 42 initial public offerings (IPOs) in Europe have raised $8.5 billion, the highest amount for a decade, but there hasn't been special purpose acquisition company (SPAC) deal since July, according to Refinitiv data.The SPAC frenzy in the United States during 2020 and the first half of 2021 was widely tipped to spill over to Europe but despite a flurry of activity before the holiday season, the market appears to have fizzled out."The SPAC IPO market is almost dead," said German entrepreneur Christoph Gerlinger, who considered setting up a SPAC but has shelved those plans to focus on his job as a private equity manager investing in technology firms.A SPAC is a blank cheque firm that raises funds in an IPO with the aim of merging with a private company. Once tha
Subscribe or log in to read the rest of this content.
0 5
Share FacebookGoogle+Email

How to Prepare Your Brokerage Account for a Stock Market Crash

Will AstraZeneca Have a Big Market for Its COVID-19 Therapy? | The Motley Fool

Stick with the best, leave the rest!