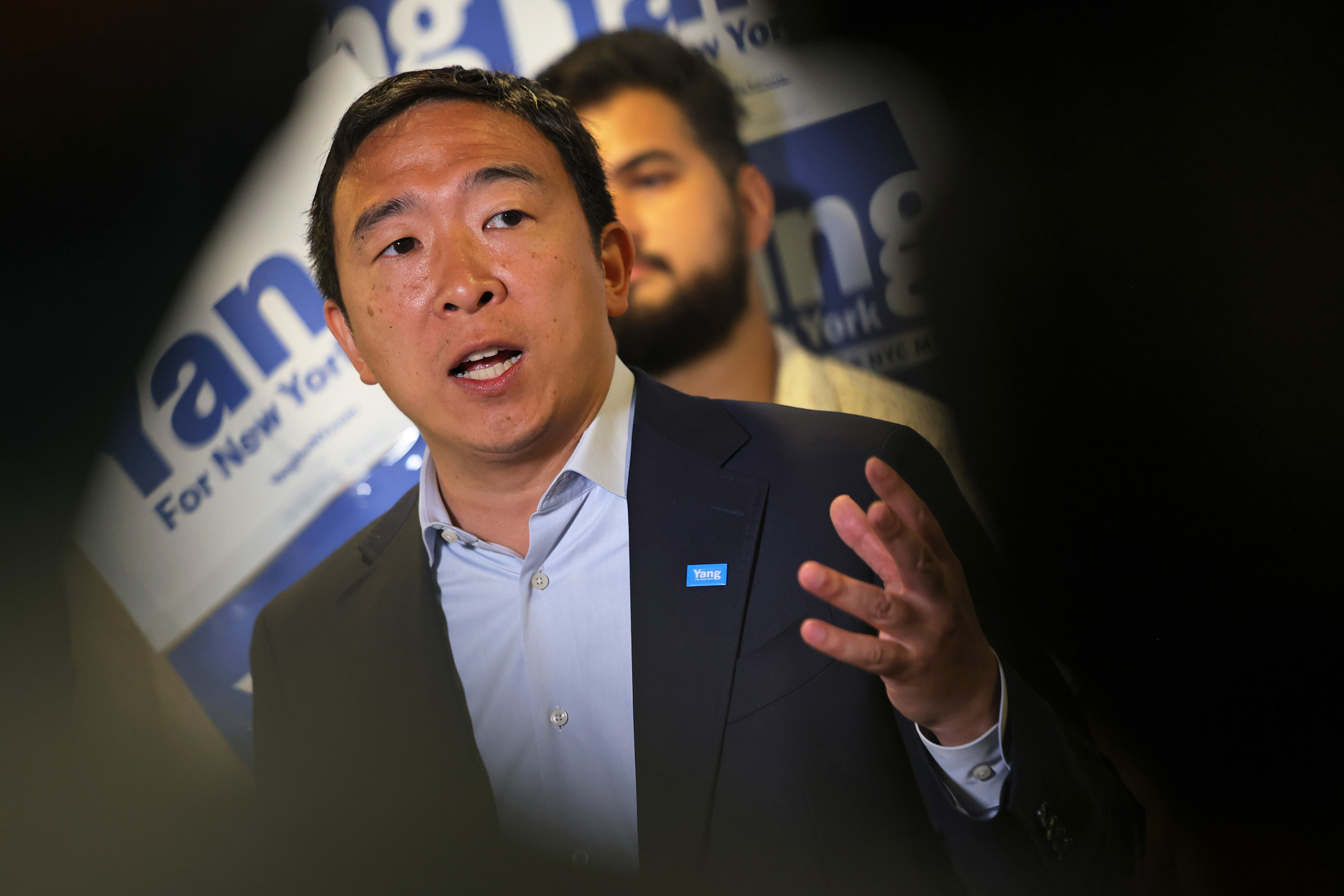 
Despite Democrats‘ victories in 2020, Andrew Yang, a former presidential contender, is encouraging them to fight for voters in states that are trending red because it’s required for a meaningful presidency.

With only a slim majority in the Senate, Democrats need Republicans to pass legislation and have faced difficulty getting them on board. It’s a problem that Yang doesn’t see changing in the future unless Democrats alter their messaging and campaigning to appeal to voters in Iowa, Ohio and other battleground states.

“Democrats could barely eke out a governing majority against [former President] Donald Trump, a historically unpopular figure who mismanaged a pandemic that killed hundreds of thousands of Americans,” Yang wrote in his new book, Forward.

Democrats had high hopes for the 2020 election to be a repudiation of Trump and while it was in a way, as Trump was ousted from office, their down-the-ballot performance left many disappointed. The party maintained its majority in the House but lost 13 seats, narrowing its margin from 36 to 10.

While eyes were on the potential for Texas to turn blue, Trump won the state by about six points and Democrats were unable to flip any House seats. Biden also lost Ohio and Iowa, two states that went for former President Barack Obama Obama in 2012 but flipped red in 2016 when Trump ran. Yang called Ohio and Iowa, two swing states that have been trending red recently, markers of the “plight faced by both the industrial and agricultural Midwest.”

A recurring theme of Forward is the need to move past the highly partisan nature that dominates American politics. The current system often rewards polarizing figures, which while helpful to winning elections, often hinders passing bipartisan legislation. Accepting that Iowa and Ohio, two predominately white agricultural states, are not winnable “accelerates the definition of each party,” according to Yang.

Although Democrats were outperformed in some states, Biden turned several states blue that previously went for Trump in 2016, including Arizona and Georgia. Yang acknowledged the Democratic wins in those states but disagreed that “trading” states was beneficial to the country.

“In theory, your goal as a party is to improve people’s lives as well as win elections,” Yang said. “You should try to figure out why you are losing battleground states that you were recently contesting by perhaps addressing why people feel like their quality of life is declining rather than improving.”

The same logic could—and according to Yang should—be applied to the other side of the aisle, with Republicans trying to win states such as Virginia and Nevada. However, if Democrats want to be able to pass legislation, Yang said it’s vital that they “grow their coalition,” with the logical starting point being in battleground states.