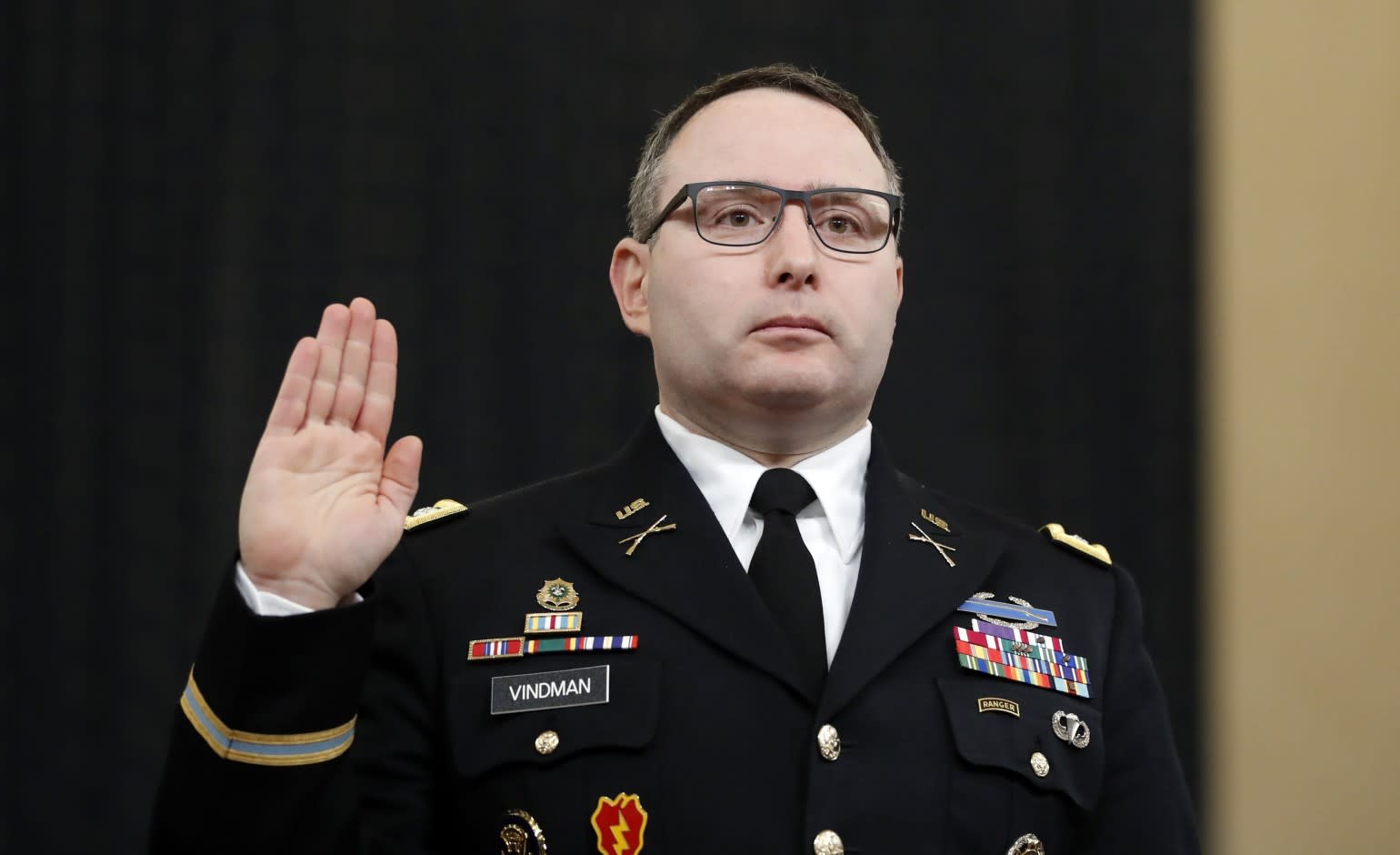 0 2
Share
Retired Lt. Col. Alexander Vindman, the White House national security aide who set off the chain of events that led to the investigation and first impeachment of President Donald Trump, recently told an interviewer that if there had been no whistleblower complaint against Trump in the Ukraine affair, Vindman would not have "let things stand." Instead, Vindman said, he would have devised some other tactic to protect Joe Biden, Trump's Democratic rival for the presidency, from harm by Trump's actions."What would have happened if there was no whistleblower? What would I have done?" Vindman asked himself during an interview with Benjamin Wittes of the Brookings Institution's Lawfare podcast. Vindman said wanted to testify against the president. But if there had been no congressional inquiry to testify in, Vindman said, "I would have had to either stomp my feet up and down or figure out another way to really address an attack on our democratic system."Vindman, on a publicity tour f
Subscribe or log in to read the rest of this content.
0 2
Share FacebookTwitterGoogle+ReddItWhatsAppPinterestEmail

Game consoles were once banned in China. Now Chinese developers want a slice of the $49 billion pie

The Drama-Lover’s Guide to the New Trump Books

Young voters turned out in force for Democrats in 2020. Will they stick around?

Bush to hold fundraiser for Cheney

Remitly IPO: 5 things to know about the remittance company