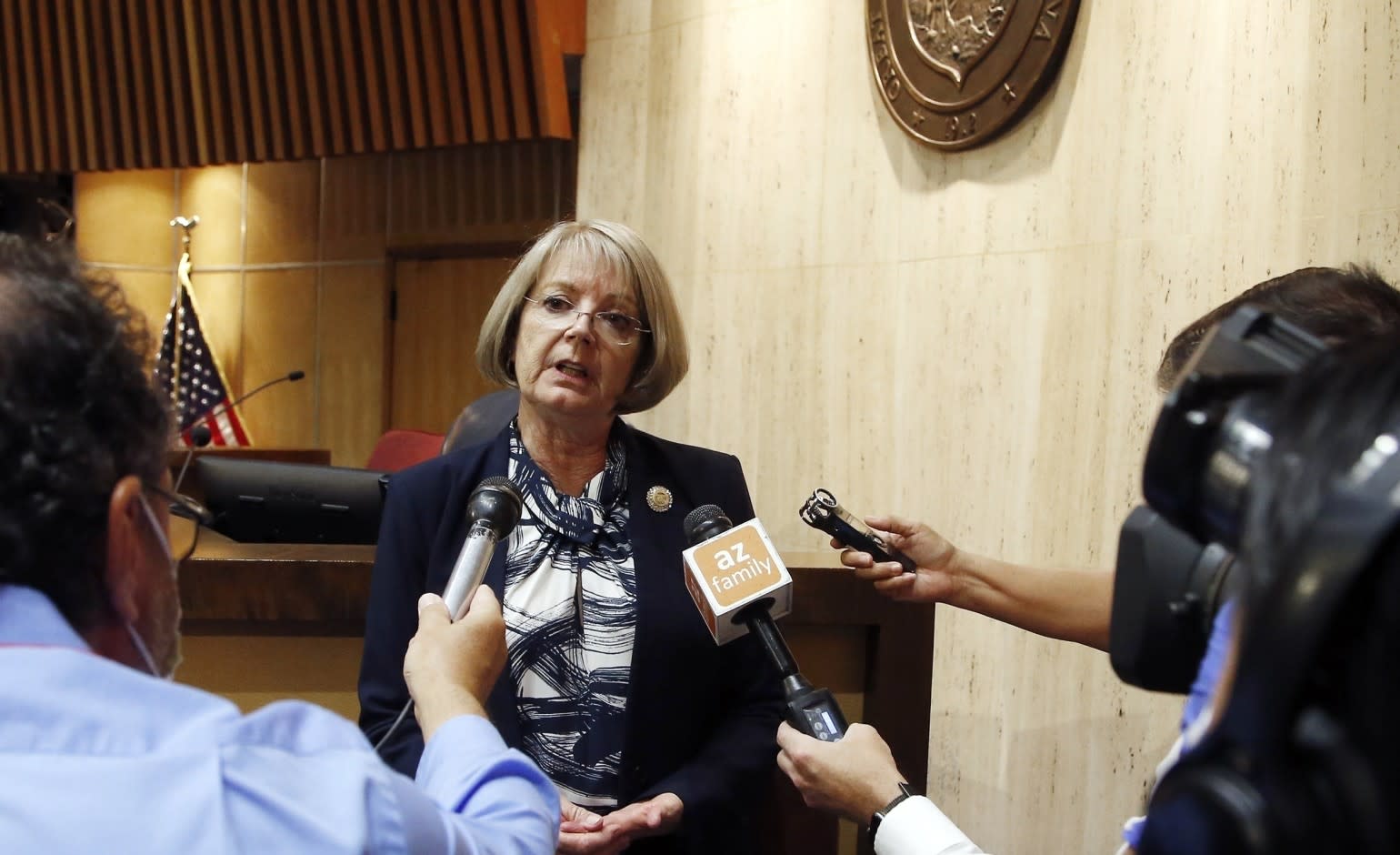 
Arizona Senate President Karen Fann provided a brief update on the progress of a report on the 2020 election audit conducted in Maricopa County.

The Republican leader said the companies contracted to conduct the review, led by Cyber Ninjas, are putting together a report on their findings from the audit, which has been subject to intense criticism by county officials and others, including Arizona Secretary of State Katie Hobbs, who has cast the audit as a “political stunt” meant to cast doubt on election integrity.

“Confirming audit companies are preparing the draft report to present to the senate team. Senate team will then review for accuracy and clarity for final report which will be released publicly,” Fann said in a tweet on Monday.

Fann was responding to a Twitter account that warned people to beware of a tweet appearing to quote former Overstock CEO Patrick Byrne, a supporter of the audit, saying the report is being finished and delivered to the state Senate next week.

CLICK HERE TO READ MORE FROM THE WASHINGTON EXAMINER

Top Arizona Senate Republicans, including Fann, recently issued fresh subpoenas to Maricopa County officials and Dominion Voting Systems for materials the audit team said were needed to finish a report, including router access and network logins for ballot tabulation devices, among other things. After both parties signaled defiance to most of the demands, Arizona Senate Majority Whip Sonny Borrelli filed a complaint this month, and Arizona Attorney General Mark Brnovich opened an investigation into whether Maricopa County broke the law by refusing to comply.

Still, Wendy Rogers, another Republican state senator, tweeted on Monday the preliminary report was coming in a matter of days, which would be in line with the latest predictions by audit officials. She also mentioned other states that allies of former President Donald Trump hope will follow through with Arizona-style audits of their own.

“Once Arizona delivers our prelim report, it is up to the rest of the states to do forensic audits and issue their reports. We need to keep pushing. Don’t let big states like Florida, Texas, or Ohio slide,” she said.