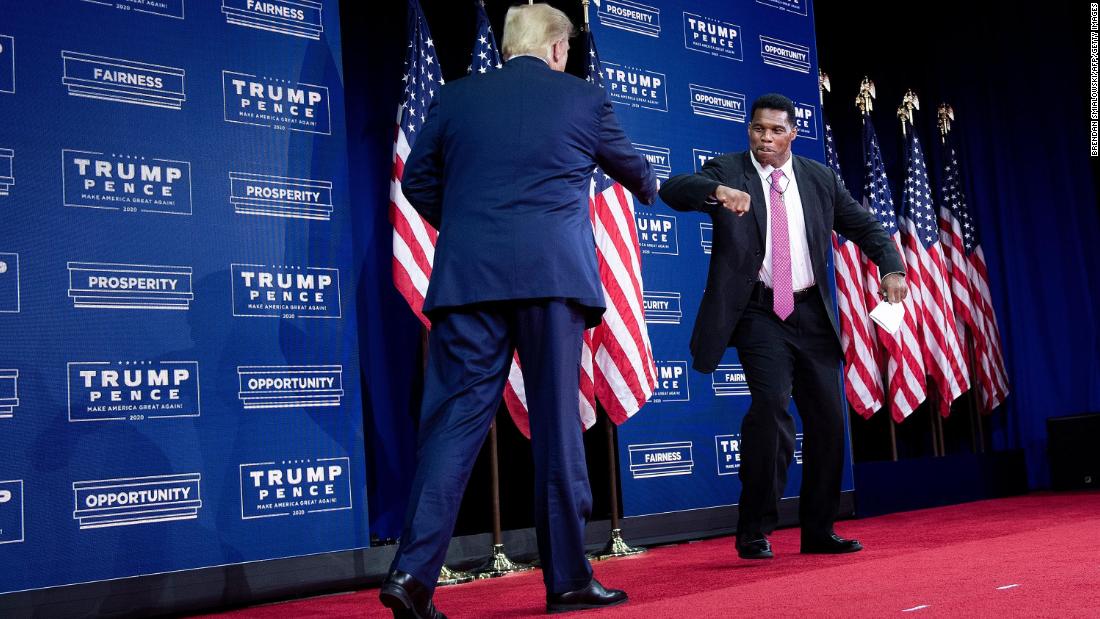 0 3
Share
The woman, a friend of Walker's ex-wife, told police that the football star had been following her, and had previously made "threats to her" and had "her house watched." The report did not specify the nature of the threats by Walker, who is now one of the highest-profile Senate candidates in the country and a close ally of former president Donald Trump, who endorsed him on Thursday. Over the years, two other women -- Walker's ex-wife and an ex-girlfriend -- have also accused him of making threats, telling authorities Walker claimed he would shoot them in the head. Their years-old accounts have resurfaced in recent weeks as Walker, who won national fame as a college football player at the University of Georgia, launched a campaign for the Peach State's battleground Senate seat. The third woman's account has not been previously reported. The woman, who was in her late 20s at the time she contacted police, confirmed to CNN this week that Walker had threatened her, but asked no
Subscribe or log in to read the rest of this content.
a newly revealed stalking claim brings his troubled history under new scrutiny - CNNPoliticsAs Herschel Walker eyes a Georgia Senate seatPolitics
0 3
Share FacebookGoogle+Email

Top US general: whisperer to presidents, target of intrigue