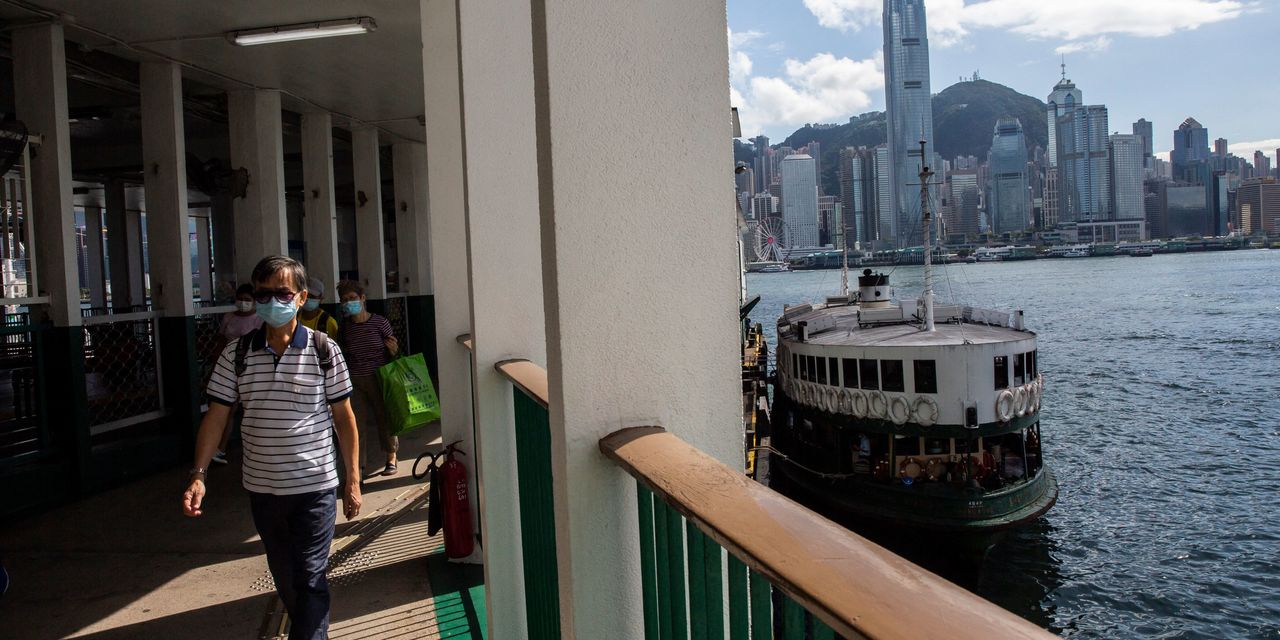 
TOKYO — Asian shares gained Tuesday, boosted by a near-record rise on Wall Street, though the momentum began to fizzle out over worries about the economic fallout from surging coronavirus infections in the region.

added 1.6%, while the Shanghai Composite
SHCOMP,

was up 1%. Stocks dipped in Indonesia
JAKIDX,
,
but advanced in Singapore
STI,

Some parts of Asia have had slower vaccine rollouts than the U.S. and Europe and are at a greater risk for the more contagious delta variant.

She noted vaccination campaigns outside mainland China have been slow in Asia, hurting consumer spending, tourism, industrial production and exports. The IHS Markit manufacturing PMI surveys for July show deteriorating business conditions in Indonesia, Malaysia, Myanmar, Thailand and Vietnam. Cases of COVID-19 infections have been falling in India, Taiwan, and Indonesia, but rising in Japan, South Korea, Malaysia, the Philippines, and Vietnam.

“Risk-on sentiments largely followed through with the positive lead from U.S. indices overnight. Some catchup growth may be on watch, considering that Asian markets have been diverging in performance from their Western counterparts since June. Ongoing Covid-19 risks continue to be prevalent,” said Yeap Jun Rong, market strategist at IG in Singapore.

On Wall Street on Monday, the S&P 500 rose 0.9%, lifted by technology, communication and financial stocks, after spending much of the day within striking distance of its own record high. The benchmark index ended less than 0.2% below its all-time high set a week ago.

rose 2.5% after the Food & Drug Administration gave full approval to its COVID-19 vaccine. The vaccine had been under an emergency use authorization since December, but the full approval could convince some reluctant Americans to now get their shot and will likely give local authorities the legal backing to impose mandates.

BioNTech
BNTX,
,
a German drug manufacturer which developed the vaccine with Pfizer, jumped 9.6% on the news. Moderna
MRNA,
,
which developed a similar vaccine that uses the same technology, vaulted 7.5%.

The prospects of more vaccinations and signs of some easing in the growth rate of coronavirus cases, helped put investors in a buying mood, said Sameer Samana, senior global market strategist at Wells Fargo Investment Institute.

Hopefully, the FDA approval “increases the uptake of the vaccine,” said Samana. The market’s gains “shouldn’t be viewed as anything other than a vaccine rally.”

Investors will be looking to the Federal Reserve as the Kansas City Fed’s annual conference in Jackson Hole, Wyoming starts later this week. It will likely provide Wall Street with more insight into what the Fed may do about inflation.