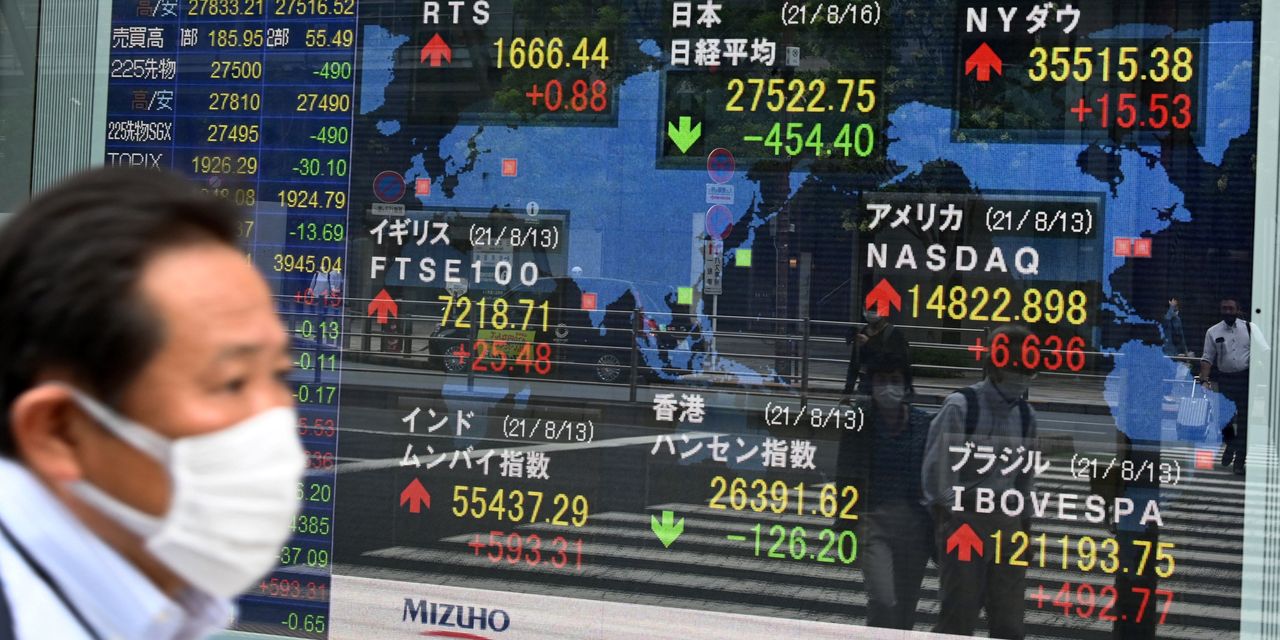 
TOKYO — Asian shares slipped Monday, amid worries about surging coronavirus infections in the region, as well as concerns about the long-term impact from the Afghan government’s collapse.

dipped 0.8%, while the Shanghai Composite
SHCOMP,

“Asia remains the epicenter of the spread, with the number of COVID cases in Vietnam, the Philippines and Thailand rising over the weekend.”

Analysts said the Taliban sweeping into Afghanistan’s capital may feel like a faraway event, but will undoubtedly affect markets elsewhere, including Asia.

“Yes, markets will try to brush this geopolitical earthquake off: It’s just Afghanistan; It’s a long way away,” said Rabobank in its daily market commentary. “This geopolitical nightmare is almost certainly only just beginning.”

In Japan, the government reported the economy grew at an annual rate of 1.3% in April-June, raising hopes for a gradual recovery from the damage brought on by the pandemic. Some analysts had expected a contraction. Underlining growth were improved private consumption and residential investment, as well as rising exports and imports.

Wall Street finished out last week with small gains and new highs for the S&P 500 and Dow Jones Industrial Average.

rose 0.2% and notched its second-straight weekly increase. The Dow
DJIA,

and the Nasdaq
COMP,