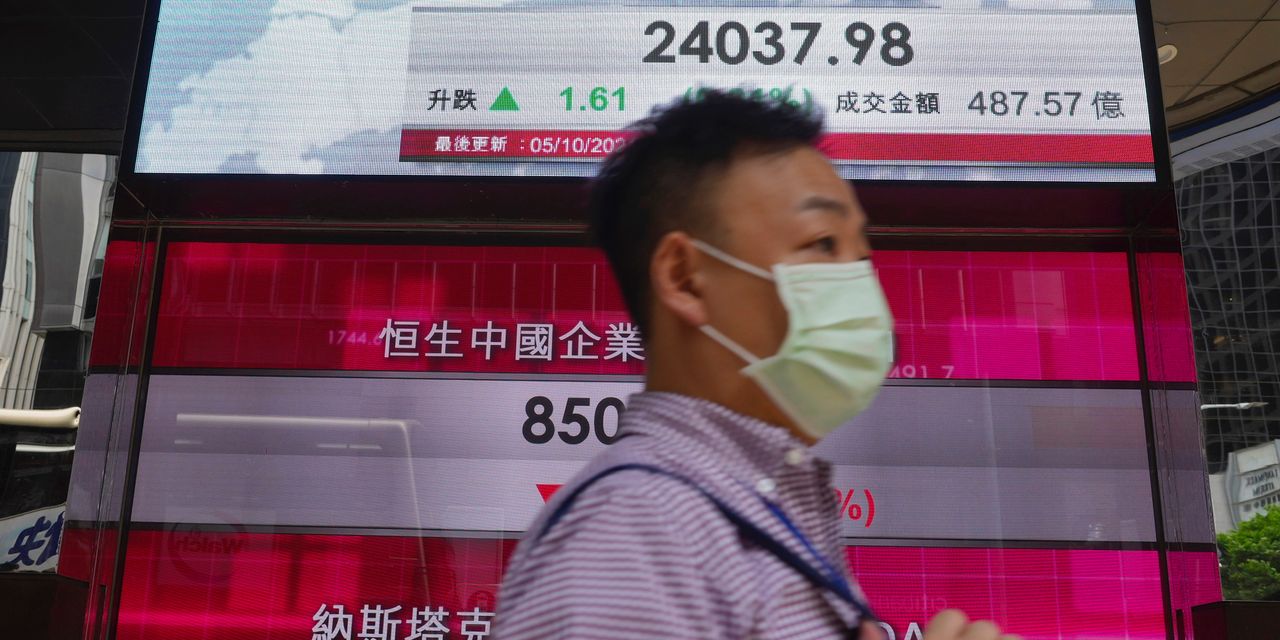 
Shares in Asia tumbled across the board on Tuesday after a broad slide on Wall Street led by technology companies.

Tai said she did not want to “inflame trade tensions with China.” But her comments suggested continuity of U.S. policy toward Beijing under President Joe Biden from the strategy adopted by his predecessor, Donald Trump.

Speaking to the Center for Strategic and International Studies in Washington, D.C., she also said that the U.S. “must defend to the hilt our economic interests” and take “all steps necessary to protect ourselves against the waves of damage inflicted over the years through unfair competition.”

Shanghai is closed until Friday for a national holiday. But shares fell 0.3% in Hong Kong
HSI,

The price of U.S. oil has risen to nearly $78 per barrel, its highest level since 2014, as OPEC and allied oil producers stuck to a plan for cautious production increases even as global demand for crude surges.

slid 4.9% a day after a former employee told “60 Minutes” that the company has consistently chosen its own interests over the public good. The social network and its Instagram and WhatsApp platforms also suffered a worldwide outage that began around midmorning U.S. time on Monday.

Investors are increasingly worried about inflation as oil prices rise and companies contend with supply problems that increase their costs and force them to raise prices. Wall Street is also worried about the Federal Reserve’s timing on trimming back bond purchases and an eventual move to raise its benchmark interest rate.

Wall Street will get more information on the economy’s health this week. On Tuesday, the Institute for Supply Management will release its service sector index for September. The services sector is the largest part of the economy and its health is a key factor for growth.

On Friday, the Labor Department will release its employment report for September. The employment market has been struggling to fully recover from the damage done by COVID-19 more than a year ago.