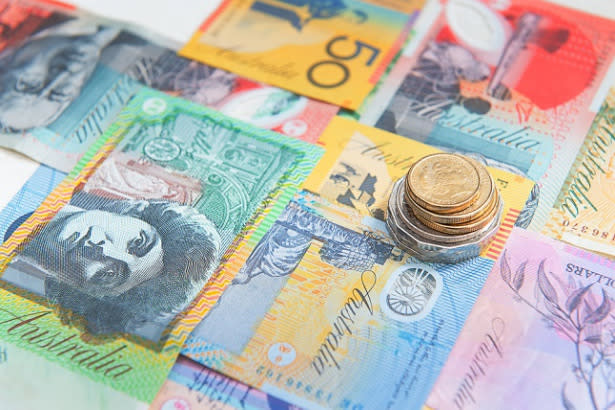 
The Australian Dollar is trading lower on Tuesday after the Reserve Bank of Australia (RBA) left its cash rate at a record low of 0.1% on Tuesday, a well flagged decision given it currently expects to keep policy super easy out to 2024.

Australia’s central bank made the announcement following its monthly policy meeting. A Reuters poll found all 36 analysts surveyed had expected a steady outcome this week.

The main trend is down according to the daily swing chart. A trade through .7316 will change the main trend to up. A move through .7170 will signal a resumption of the downtrend.

The direction of the AUD/USD on Tuesday is likely to be determined by trader reaction to the pivot at .7243.

A sustained move over .7243 will indicate the presence of buyers. If this move creates enough upside momentum then look for the buying to possibly extend into the main top at .7316, followed by the 50% level at .7324. This is a potential trigger point for an acceleration into .7379.

A sustained move under .7243 will signal the presence of sellers. This is followed closely by another pivot at .7237. This is a potential trigger point for an acceleration to the downside with .7170 the next likely target.

With traders positioning themselves ahead of Friday’s U.S. Non-Farm Payrolls report, don’t be surprised if traders straddle the two pivots at .7243 and .7237 until the report is released at 12:30 GMT.

For a look at all of today’s economic events, check out our economic calendar.

This article was originally posted on FX Empire