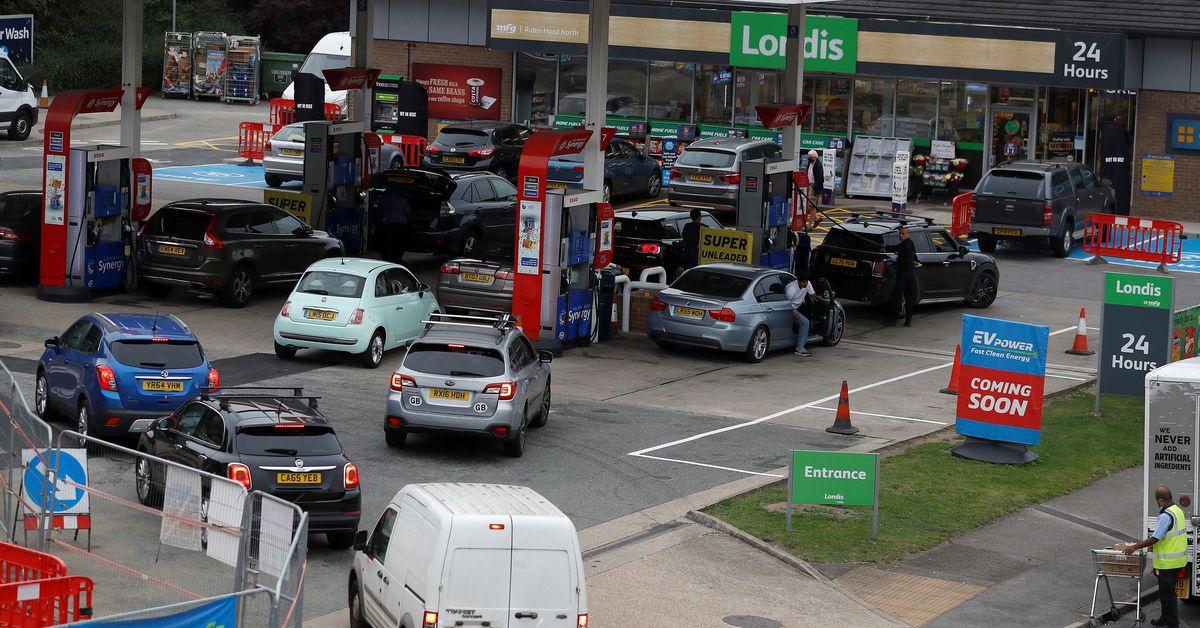 0 6
Share
BRIGHTON, England, Sept 26 (Reuters) - Transport Minister Grant Shapps on Sunday called on Britons to behave normally when buying petrol, saying there was no shortage of fuel and the government was stepping in to ease a shortage of drivers bringing it to petrol stations.In recent days long lines of vehicles have formed at petrol stations as motorists waited, some for hours, to fill up with fuel after oil firms reported a lack of drivers was causing transport problems from refineries to forecourts.Some operators have had to ration supplies and others to close gas stations."There's plenty of fuel, there's no shortage of the fuel within the country," he told Sky News."So the most important thing is actually that people carry on as they normally would and fill up their cars when they normally would, then you won't have queues and you won't have shortages at the pump either."Shapps said the shortage of drivers was down to COVID-19 disrupting the qualification process for drivers, p
Subscribe or log in to read the rest of this content.
CDTYCOMDBTDIPECONELEUELUTENER
0 6
Share FacebookGoogle+Email