Biden came in to unite, but poll shows US is now more divided than ever 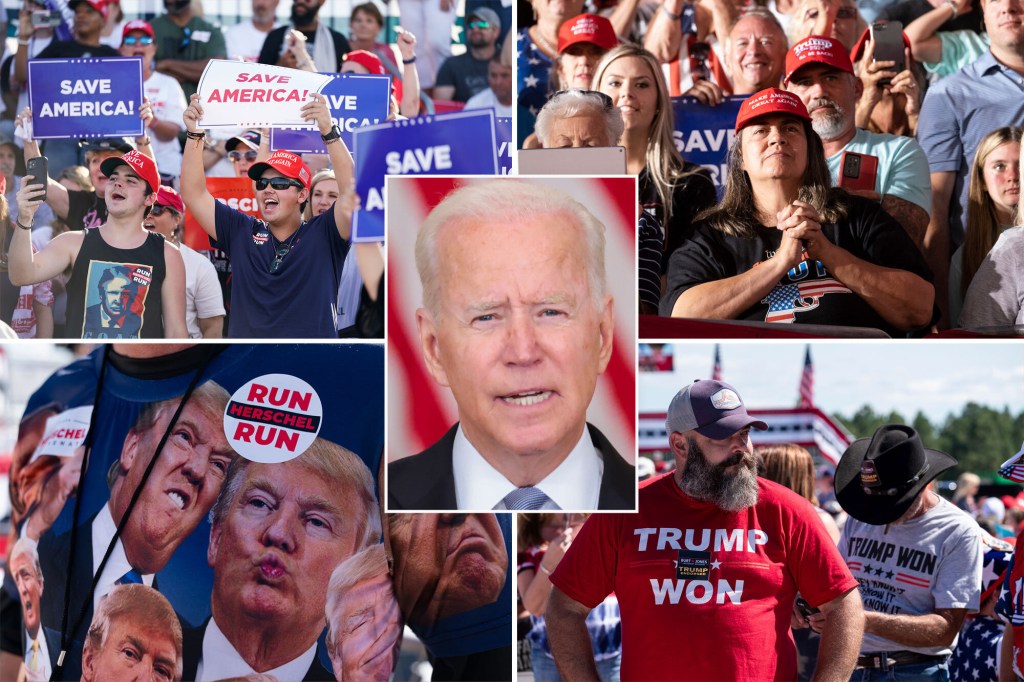 0 4
Share
So much for Joe Biden being a uniter. More than half of all voters who backed Donald Trump in last year’s presidential election say they “somewhat agree” with the proposition that red states should break away from the US, while, 41 percent of Biden voters “somewhat agree” with the idea of blue states doing the same thing, according to a new poll The shocking survey from the University of Virginia’s Center for Politics found a quarter of Trump voters say they “strongly agree” with the idea of red-state succession, while 18 percent of Biden voters back a blue state breakaway. “The divide between Trump and Biden voters is deep, wide, and dangerous,” Center for Politics Director Larry Sabato said in a statement. “The scope is unprecedented, and it will not be easily fixed.” The survey, which was taken in late July and early August and surveyed more than 1,000 Trump supporters and 1,000 Biden backers, makes for alarming
Subscribe or log in to read the rest of this content.
2020 presidential electionDemocratsDonald TrumpJoe BidenNewspollsrepublicanssecession
0 4
Share FacebookGoogle+Email

Cramer’s week ahead: Expect profit-taking as investors refocus on earnings