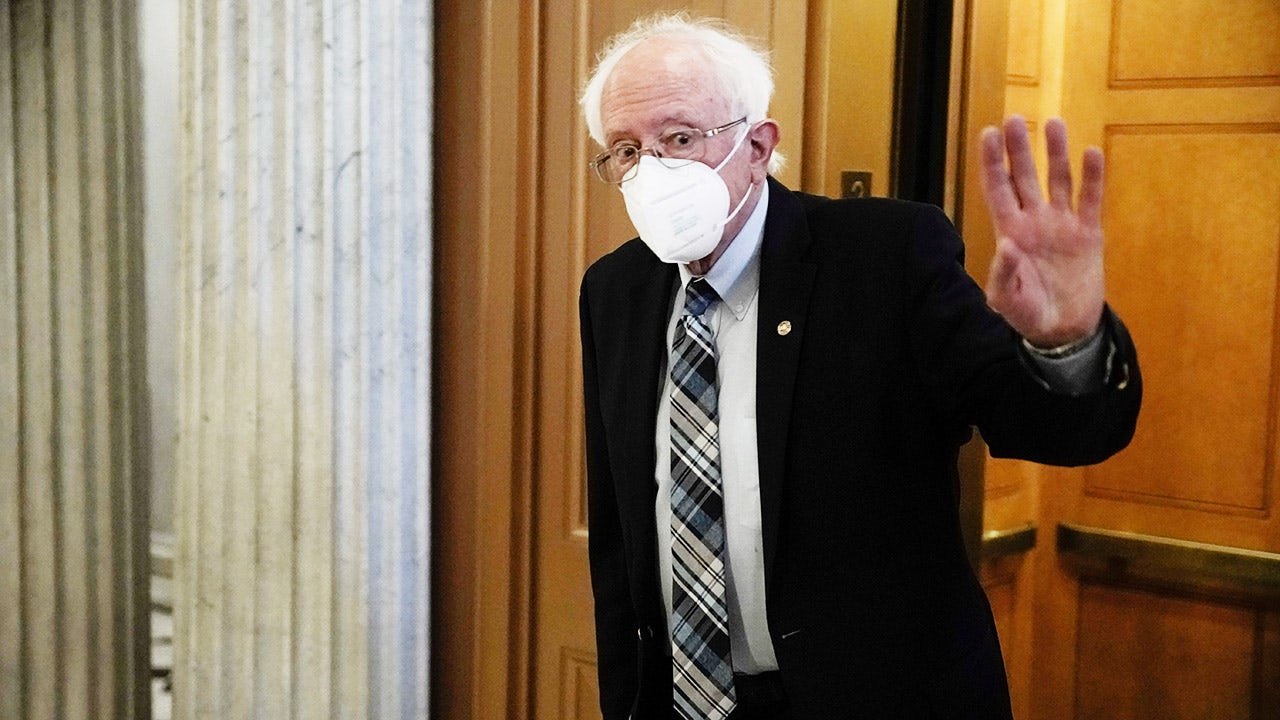 
As President Biden struggles to pass his progressive domestic policy agenda in Congress, the battle is a reflection of his top legislative priorities deviating from his mandate as a moderate. The mega-spending reconciliation bill puts the progressive wing in the driver seat – and finding the political capital to get it passed has proven difficult.

Biden campaigned in 2020 on a moderate platform, handily defeating socialist competitor Sen. Bernie Sanders in the Democratic primary, who won seven states to his 42 in the primary, and knocking Kamala Harris, the most left-wing senator at the time, out of the race before New Year’s celebrations rang out in 2020. Pete Buttigieg, who also campaigned on a moderate platform, managed to snag one state in the primary, while Biden captured the rest of the country.

He continued aggressively pitching himself to moderate voters as he competed against former President Donald Trump, heralding that he would unite the country.

On Inauguration Day, he preached unity, promising to bring the country together after a polarizing four years under President Donald Trump.

Progressives flexed their muscles this week, holding up the bipartisan infrastructure deal until they get a vote on the $3.5 trillion reconciliation bill. The power move spurred Pelosi to twice pull a vote on infrastructure, and admit “more time is needed.” Democratic moderates, Sens. Joe Manchin and Kyrsten Sinema, continue railing against the high price tag, saying they will never support a bill over $1.5 trillion.

“Within the next several months congress will be voting on the most consequential piece of legislation for working, the elderly, the children, the sick and the poor since Franklin Delano Roosevelt and the New Deal of the 1930s,” Sanders said shortly before heading off to moderate strongholds Indiana and Iowa in August to champion the progressive agenda.

Sanders and his progressive allies must win over reluctant moderates, with midterms just around the corner, if they want to pass the reconciliation bill where it stands now.

House Democrats hold their slimmest majority in decades after Republicans managed to flip 15 seats in 2020. Democrats flipped three, despite their robust confidence of a blue wave sweeping the country. The push for the far-left agenda threatens to tank much-needed policy victories after a summer fraught with multiple crises.

Poll numbers for Biden have also dropped, which was sparked by his botched handling of Afghanistan withdrawal this summer, coupled with the border crisis and rising prices. He hit a 50% approval rating this week, according to an Associated Press-NORC Center for Public Affairs Research poll, after snagging 54% approval in August and 59% in July.

As Biden tries to court moderates in Congress to get on board with his agenda and the Democratic infighting rages, he’s struggling to get legislative victories. He notched a win when the $1.9 trillion American Rescue Plan passed earlier this year, but his focus has overwhelmingly now been on infrastructure.

Former President Donald Trump snagged his first legislative victory in 2017 when the Republicans’ tax-cut bill passed. While former President Barack Obama had similar victories early in his presidency, most notably in 2010 with the passage of the Affordable Care Act.

Biden’s push for progressive legislation after running as a moderate has not been lost on his Republican critics.

“The bait was he was going to govern as bipartisan, but the switch is he’s governed as a socialist,” House GOP leader Kevin McCarthy said in April.

“I’m hard pressed to find anything moderate about the Biden Administration, which is why Senators Bernie Sanders and Elizabeth Warren and Representative Alexandria Ocasio-Cortez are so excited about this new administration. He talks like a moderate, but is governing to satisfy the far left,” Senate Minority Leader Mitch McConnell has added.

Biden has meanwhile vowed to get the job done on his domestic policies, striking an optimistic tone on Friday as confusion and infighting on Capitol Hill raged.

The Property Line: Watch for signs of a better market for buyers