Biden tells House progressives spending package needs to be between $1.9 trillion and $2.2 trillion 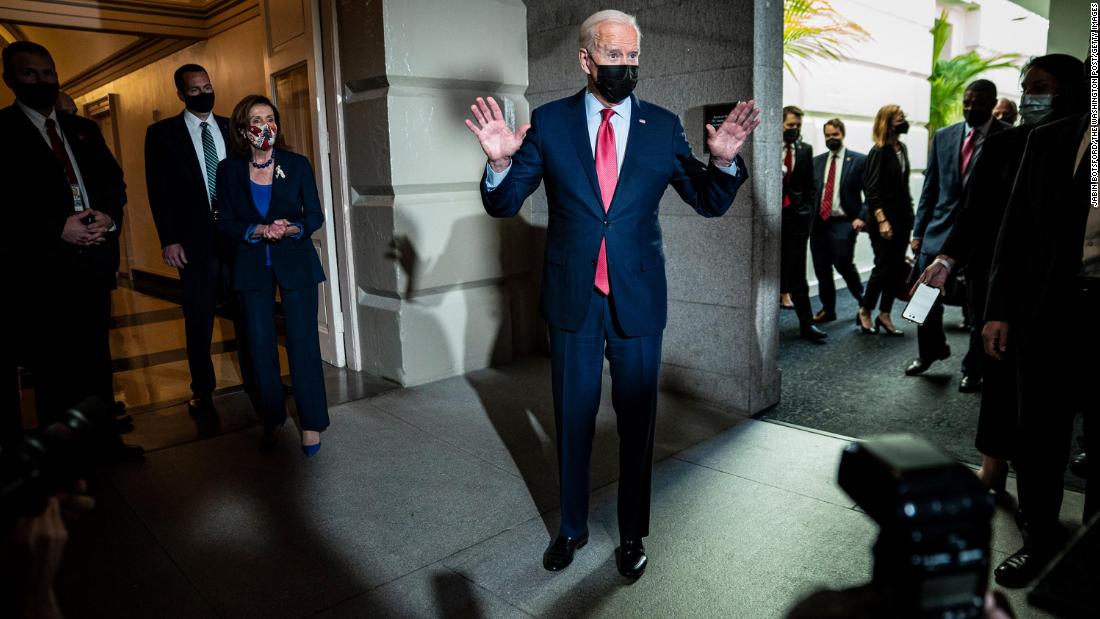 Biden told the group, according to one of the sources, that was the range he felt Sens. Joe Manchin and Kyrsten Sinema would accept but did not specify further within that range.

Senate Majority Leader Chuck Schumer and House Speaker Nancy Pelosi are meeting with White House officials Monday night on the “Build Back Better Act” to discuss a path forward in negotiations, according to a Democratic source.

The progressives on the call reiterated to the President that they remain supportive of the package and want to pass “as robust a plan as they can” through both houses of Congress, a source familiar with the call said. Another source told CNN that Democrats agreed they need to get consensus on a deal and that “something is better than nothing.”

Congressional Progressive Caucus Chair Pramila Jayapal thanked Biden for “his leadership” in a statement following the meeting and reiterated that the economic spending package and the bipartisan infrastructure plan should move together.

“Progressives fought to get the full Biden agenda back on track, and now we are beginning negotiations to deliver it to working people, families, and our communities,” the Washington state Democrat said. “By ensuring both bills move forward together, we are ensuring that we don’t leave anyone behind.”

But on the other side of the Capitol on Monday, Manchin would not commit to the new timeline set by party leaders to find a deal on the social safety net expansion by October 31.
He also resisted calls from progressives and other top Democrats to raise his $1.5 trillion price tag for the package, which many in his party view as too low to achieve key policy objectives. And he drew a “red line” on the Hyde Amendment, saying the inclusion of the measure prohibiting federal funds from being used for most abortions must is necessary for him to support the package — another point of disagreement with many progressives.

According to sources on Monday’s call, the group of lawmakers from the Congressional Progressive Caucus on the call included, among others, Jayapal; Katherine Clark of Massachusetts, the assistant speaker of the House; Mark Pocan of Wisconsin; Barbara Lee of California; Debbie Dingell of Michigan; Ritchie Torres of New York; Ro Khanna of California; Peter Welch of Vermont; Mondaire Jones of New York; Lisa Blunt Rochester of Delaware; and Peter Aguilar of California, who’s not a member of the CPC but serves as the vice chair of the House Democratic Caucus.

This story has been updated with additional developments Monday.

John Harwood contributed to this story.

US Senate candidate Sam Brown criticizes Twitter for banning him