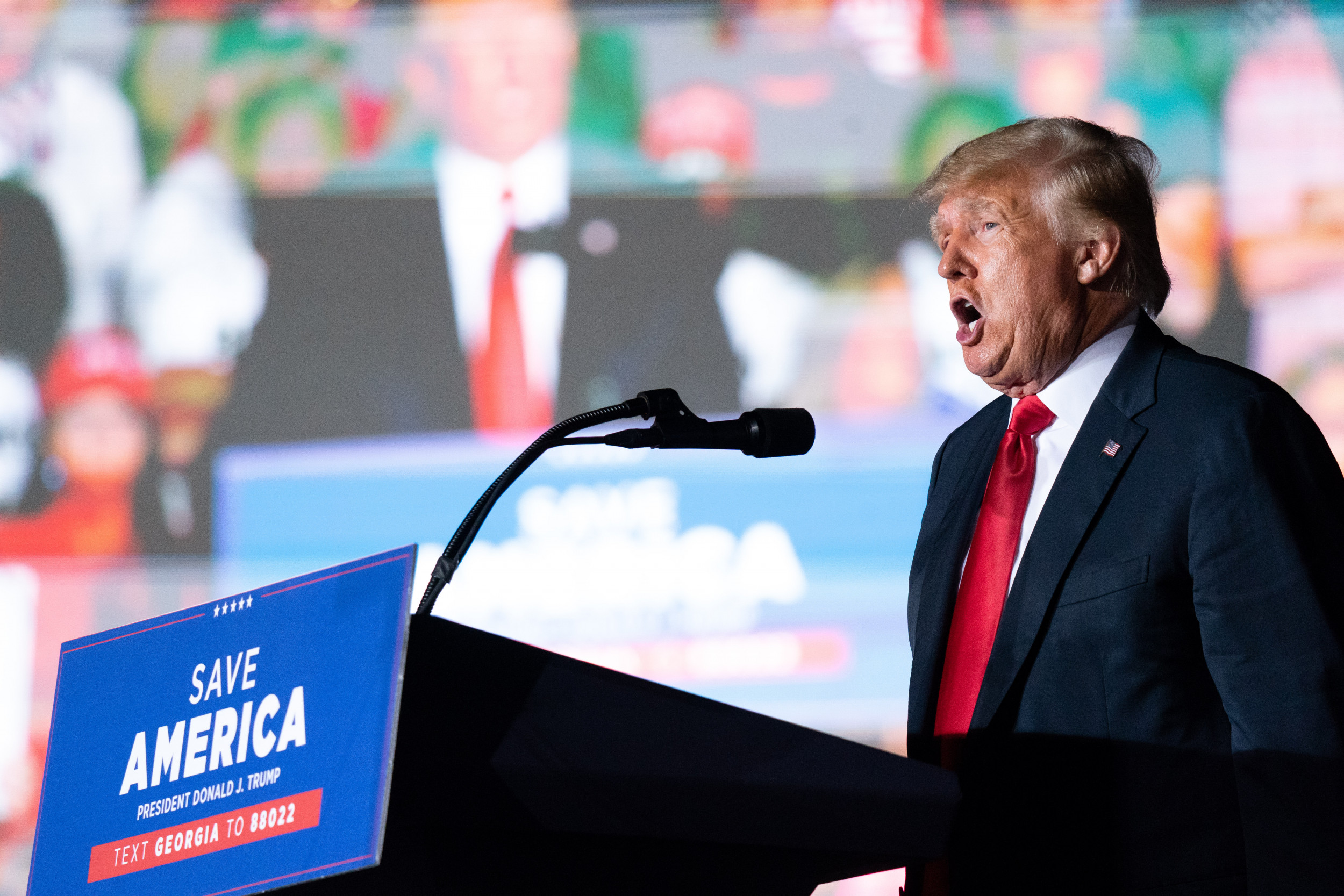 
A star of the original Broadway production of Cats dubbed former President Donald Trump a “damaged” soul after a learning of claims that the musical’s signature song repeatedly played at the White House to quell fits of “rage” in the former president.

Betty Buckley won a Tony award in 1983 for her portrayal of the character Grizabella, a formerly glamorous cat who longs for bygone days while singing the musical’s best-known ballad “Memory.” Former White House Press Secretary Stephanie Grisham‘s book I’ll Take Your Questions Now, which is set to be released Tuesday, reportedly recalls that a White House aide dubbed “the Music Man” would repeatedly play the song and other favorite show tunes in an attempt to soothe the ex-president’s temper during moments of anger.

“When this book came out and I understood that they were literally using the song to calm him down in his fits of rage, somehow it all made sense to me,” Buckley said during a recent interview with CNN‘s Jim Acosta. “I was like, oh man. You know, the guy is so wounded, his soul is so damaged. And I feel that on some level this beautiful lyric by Trevor Nunn, and the music by Andrew Lloyd Webber, resonates with what remains of the window into whatever soul he might actually have.”

“You know, he has this insatiable need to be loved because daddy just didn’t,” she continued. “And neither did mommy, so it would seem. And so, he’s really mad at the world about that. But Grizabella is a character that is about longing, and the need to be touched and the need to connect. And so I guess underneath it all that’s what’s happening here.”

Buckley went on to jokingly advocate for the formation of a government “Broadway Commission” that would send singers “to the hotspots of the world including Mar-A-Lago or anywhere else Trump lands next” to keep the former president “on point somehow.”

The actress also expressed her previous disgust at learning that “Memory” was in heavy rotation at Trump rallies during his 2016 campaign. Lawyers for Andrew Lloyd Webber reportedly sent a cease-and-desist letter to the Trump 2020 campaign in an attempt to stop the song being played after being urged to take action by Buckley.

The former president has publicly expressed admiration for other musicals by Webber, writing that his “favorite Broadway show is Evita” in his 2004 book Think Like a Billionaire. In addition to “Memory,” The Phantom of The Opera’s “The Music of The Night” also featured regularly on the 2016 Trump rally playlist.

Newsweek reached out to the office of Trump for comment.