Contaminant in Moderna vaccines suspected to be metallic particles -NHK 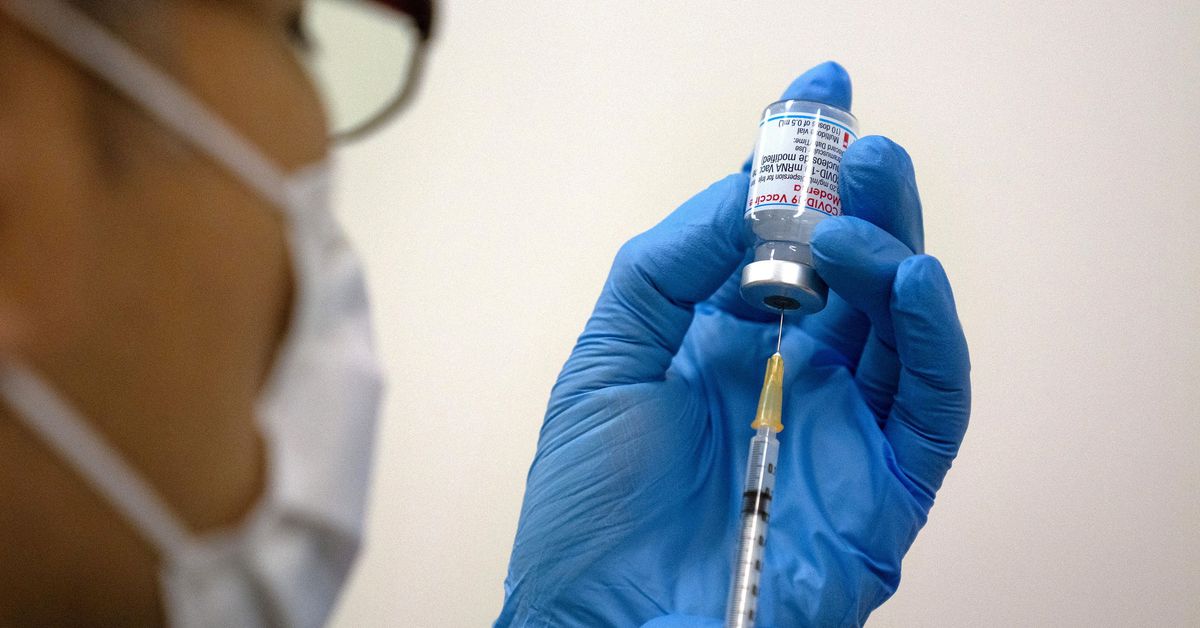 0 8
Share
Medical staff prepares Moderna coronavirus disease (COVID-19) vaccine to be administered at the newly-opened mass vaccination centre in Tokyo, Japan, May 24, 2021. Carl Court/Pool via REUTERS/File PhotoTOKYO, Aug 27 (Reuters) - A contaminant found in a batch of Moderna Inc's (MRNA.O) COVID-19 vaccines delivered to Japan is believed to be a metallic particle, Japanese public broadcaster NHK reported, citing sources at the health ministry.Japan on Thursday suspended the use of 1.63 million doses shipped to 863 vaccination centres nationwide, more than a week after the domestic distributor, Takeda Pharmaceutical (4502.T), received reports of contaminants in some vials.The NHK report, published late on Thursday, cited ministry sources as saying the particle reacted to magnets and was therefore suspected to be a metal. Moderna has described it as "particulate matter" that did not pose a safety or efficacy issue.An official at the health ministry said the identity of the contamina
Subscribe or log in to read the rest of this content.
AMERSASIAASXPACAUTAUTOAUTPTAUTSYSBACT
0 8
Share FacebookGoogle+Email