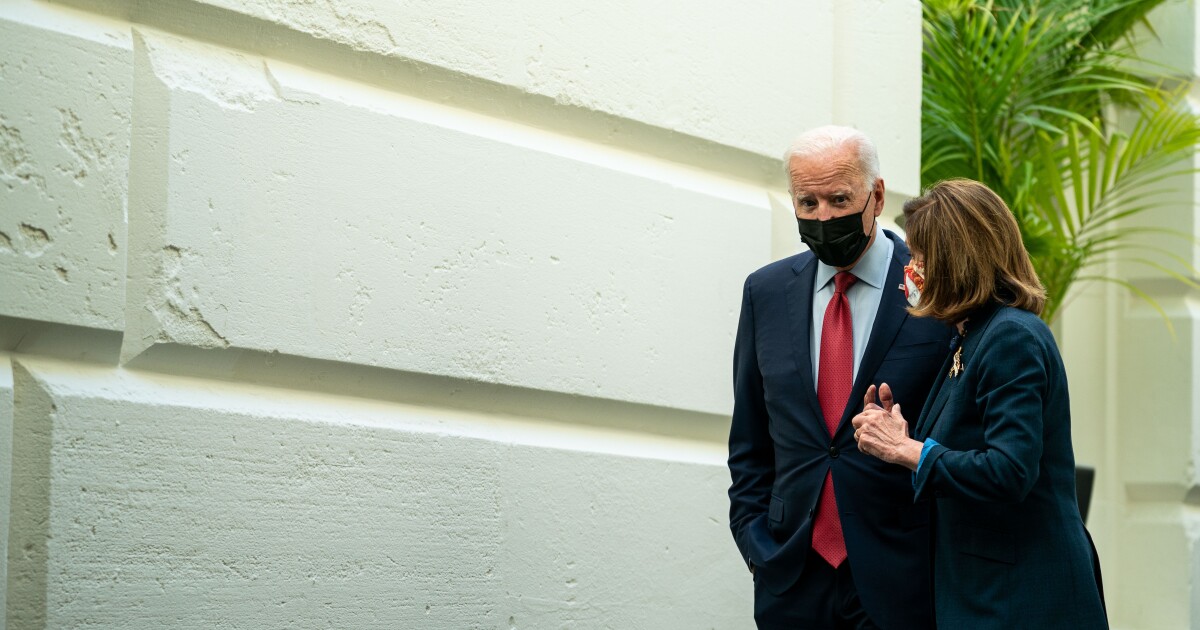 0 5
Share
WASHINGTON — Congressional Democrats eager to make progress on President Biden’s “Build Back Better” plan are beginning to confront the harrowing challenge of squeezing their ambitious remodeling of the nation’s social safety net programs into the much smaller package needed to win over key centrists.For a second day, Democratic leaders and White House officials gathered on Capitol Hill in hopes of reaching agreement on a framework for the social investment package, which has been expected to establish paid family leave and subsidies for child care, elder care and community college, as well as fortify existing health programs, among other progressive ambitions. Biden met behind closed doors with rank-and-file House Democrats on Friday to rally their support. He urged them to find compromise around a $2-trillion price tag for the 10-year package, down from the $3.5 trillion Democrats have publicly considered for months. Speaker Nancy Pelosi (D-San Francisco) was hop
Subscribe or log in to read the rest of this content.
0 5
Share FacebookGoogle+Email

Pat Robertson steps down as host of long-running ‘700 Club’