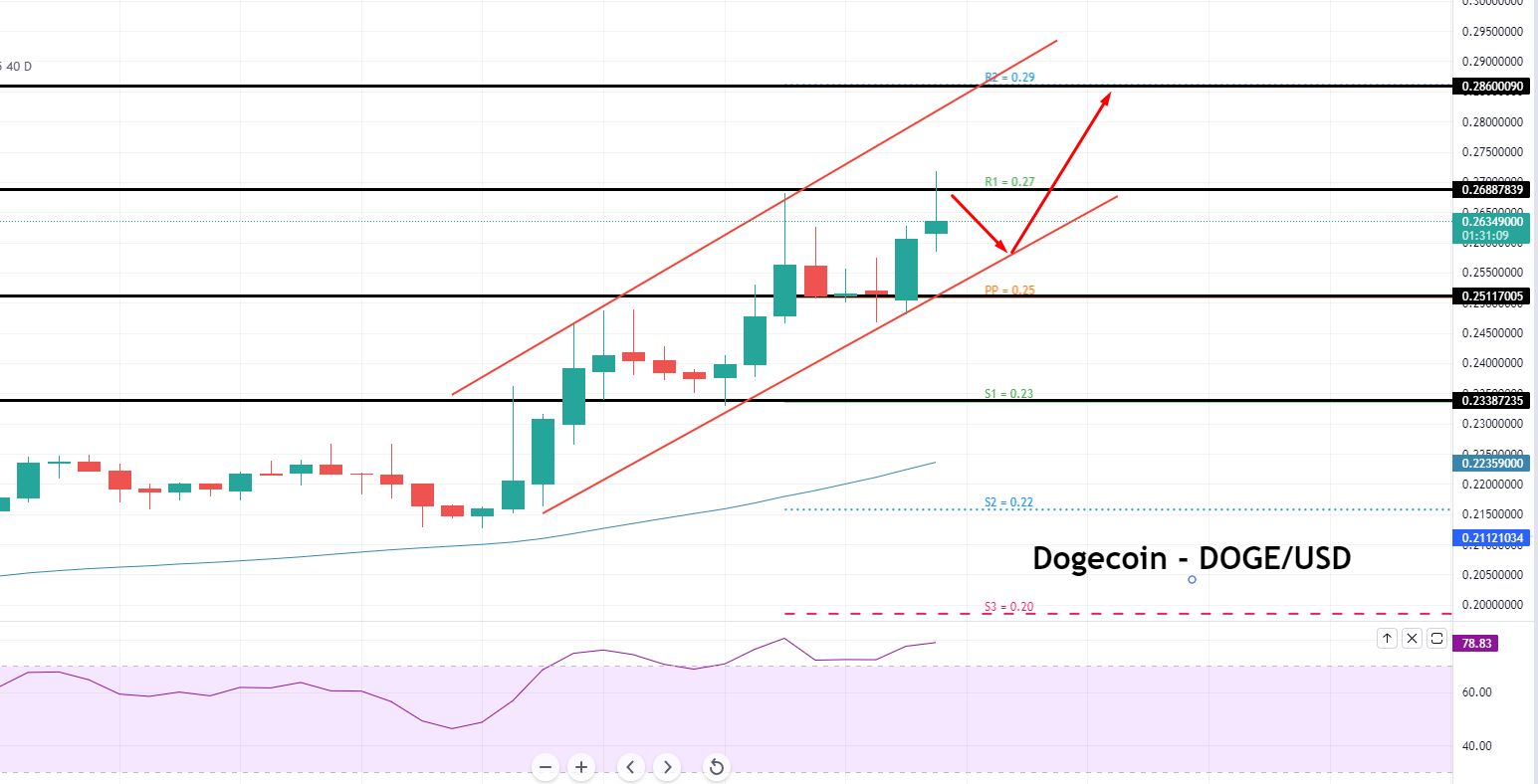 
According to U.Today, Aron declared that his company would accept Dogecoin, following a Twitter poll supported by Tesla CEO Elon Musk. The world’s largest movie theatre will also begin accepting Bitcoin, Ethereum, Litecoin and Bitcoin Cash by the end of the year. AMC suffered severe financial difficulties in 2020, after witnessing a 90% collapse in sales, due to the pandemic. It soon became a favourite of Reddit’s meme stock traders, alongside GameStop and other faltering businesses. This year, to date, AMC’s stock is up by 1,634 percent.

The major movie theatre chain appears to be returning to normality now. Due to the success of “No Time to Die” and “Venom: Let There Be Carnage,” it achieved a new post-reopening attendance record of 3.9 million people globally over the weekend.

Dogecoin is trading with a bullish bias at the 0.2543 level. As we can see on the chart, the Dodge coin has formed an upward channel on the 3-hourly timeframe. On the bullish side, a breakout at $0.27 is likely to open additional room for buying until the $0.2860 level. A further bullish breakout at the $0.29 level could extend the buying trend until $0.30.

On the lower side, the coin is likely to find support at the 0.25 level, which is being extended by an intraday pivot point level. However, the breakout of an upward trend at the 0.25 level could drive a strong selling trend until the next support level of 0.23.

The 50 SMA is holding at 0.2233, while the RSI also remains in a buying zone. Hence, the chances of continuation of the bullish trend remain strong on Wednesday. Let’s keep an eye on the 0.2500 level, to stay bullish above and bearish below this level. Good luck.