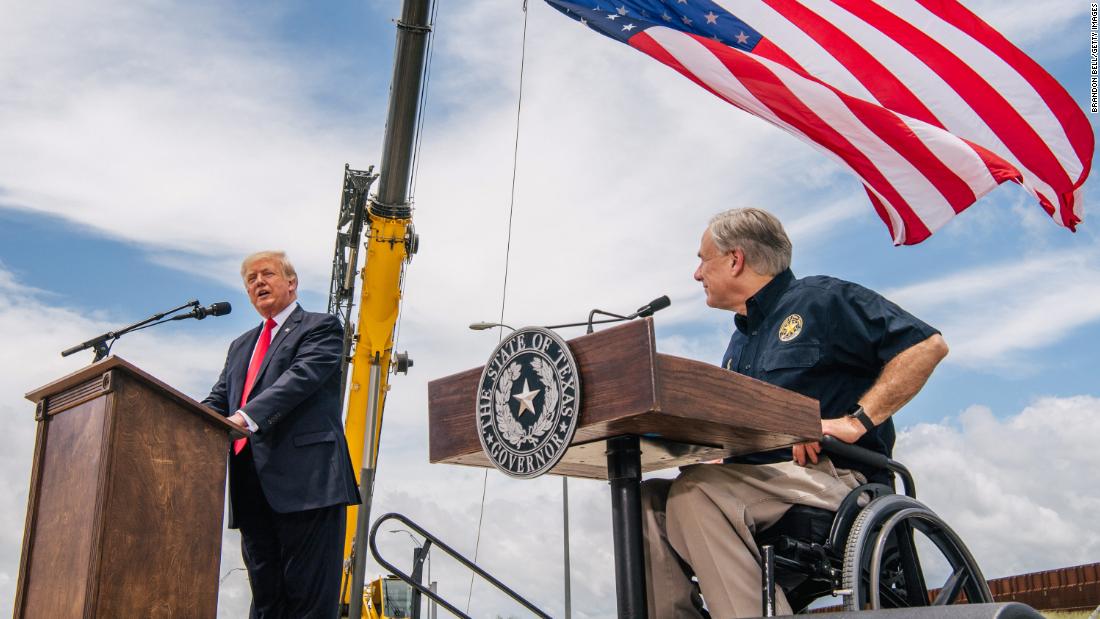 In a statement released Friday, the former President urged Abbott to add a bill to an ongoing special session of the Texas legislature that would pave the way for reviews of election results by partisan actors.
He also expressed displeasure with a planned state “audit” of four large Texas counties. That review was announced last week by the Secretary of State’s office, just hours after Trump began publicly lobbying for a review of the Texas results.
But the state review of the counties’ election procedures is mostly slated to happen next year, according to the agency’s work summary.

On Friday, Trump demanded “a strong and real Forensic Audit of the 2020 Presidential Election Scam — not a weak risk-limiting audit that is being slow-walked through the Secretary of State’s office.”

Abbott has not yet publicly responded to Trump’s latest request, and officials in Abbott’s office did not immediately respond to CNN’s inquiries.

Trump’s move is the latest example of his quest to cast doubt on the 2020 results, and it comes as a separate election probe advances in Wisconsin. Wisconsin’s Assembly Speaker Robin Vos recently signed subpoenas for records from local election officials — as Republicans in the state legislature move forward with a Trump-demanded review of the results in a state he lost by more than 20,000 votes to President Joe Biden.

There’s no evidence that widespread fraud influenced the 2020 election results in Texas, Wisconsin or anywhere else.

In Texas, a state Trump won by more than 5 percentage points, the former President is backing bills that that would allow party officials to request “audits” of the 2020 general election results in their counties. It also would allow candidates and party leaders to demand reviews of future elections.

As governor, Abbott has the power to set the agenda of special sessions. He initially called the current session to focus on other issues, including redistricting, the Covid pandemic and limits on the participation of transgender athletes in school sports.

But he has added other legislation to the original agenda. This week, for instance, he asked lawmakers to reinstitute stiffer penalties for illegal voting. A sweeping election bill the Texas Legislature approved several weeks ago had lowered the maximum punishment to a misdemeanor.

In his statement, Trump thanked GOP State Sen. Paul Bettencourt for filing an election review bill he prefers in the Senate and Lt. Gov. Dan Patrick, a Republican who presides over the Senate, for sending the bill to a key Senate committee.

“Everyone feels certain Governor Abbott will follow suit,” Trump added. “This will have a big impact on the upcoming 2022 and 2024 elections in Texas.”