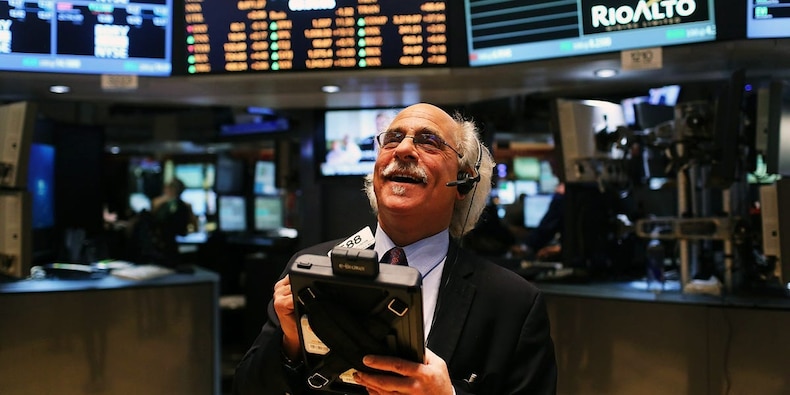 0 7
Share
Spencer Platt/Getty Images The Dow Jones soared more than 500 points on Thursday as fears of the Evergrande debt crisis subsided.China told Evergrande to pay its upcoming US-dollar denominated debt payments and avoid default, according to a Bloomberg report.Meanwhile, Beijing is telling local officials across the country to prepare for a "possible storm" related to the Evergrande debt crisis, The Wall Street Journal reported.Sign up here for our daily newsletter, 10 Things Before the Opening Bell.US stocks soared on Thursday, recouping nearly all of the Evergrande-induced losses from Monday as fears of the potential debt crisis ebb. The gain on Thursday came after Bloomberg reported that China told Evergrande to pay its upcoming debt payments on US-dollar denominated bonds, and to avoid default. That may be giving investors a reason for relief as the S&P 500 trades just ten points below last Friday's levels.But longer-term, Evergrande's $300 billion debt proble
Subscribe or log in to read the rest of this content.
0 7
Share FacebookGoogle+Email

Supply-chain pain will probably get worse this year, BofA warns

Ambarella: Despite China Restrictions, I Buy Its Face Recognition Algorithms…