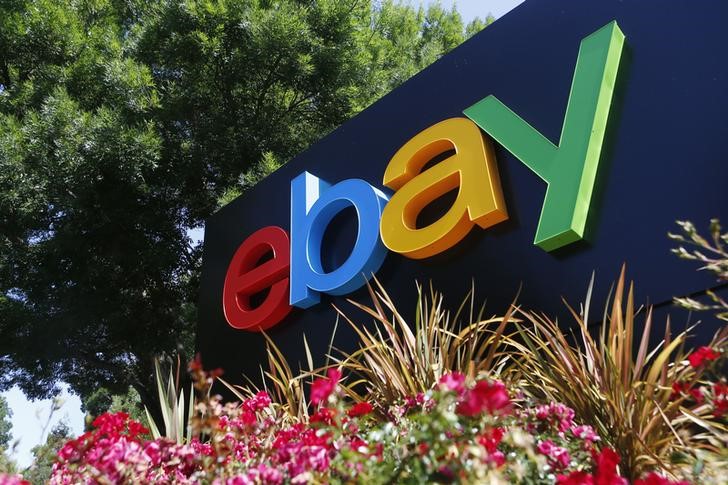 0 5
Share
© Reuters. By Dhirendra Tripathi Investing.com -- eBay stock (NASDAQ:) was down nearly 1% in Thursday’s premarket after the ecommerce platform’s April-June revenue and outlook for the ongoing quarter both disappointed. The company’s second-quarter revenue growth of 14% to $2.66 billion, below the analysts’ estimate of $3 billion, but earnings per share of 99 cents topped the estimates. Gross Merchandise Volume or the total value of merchandise sold on the platform fell 7% to $22.1 billion. For the ongoing quarter, eBay sees revenue between $2.42 billion and $2.47 billion, a growth of 7%-9% on a year-on-year basis but a fall sequentially. Adjusted EPS is seen in the range of 86 cents to 90 cents. In June, eBay sold 80.01% stake in its South Korean unit for $3 billion to the country’s largest retailer, Emart. One the regulatory approvals are in place, eBay will hold 19.99% stake in the entity that has an implied value of $800 million, according to a company note
Subscribe or log in to read the rest of this content.
0 5
Share FacebookGoogle+Email

Got $1,500? These Surefire Stocks Are Begging to Be Bought | The Motley Fool