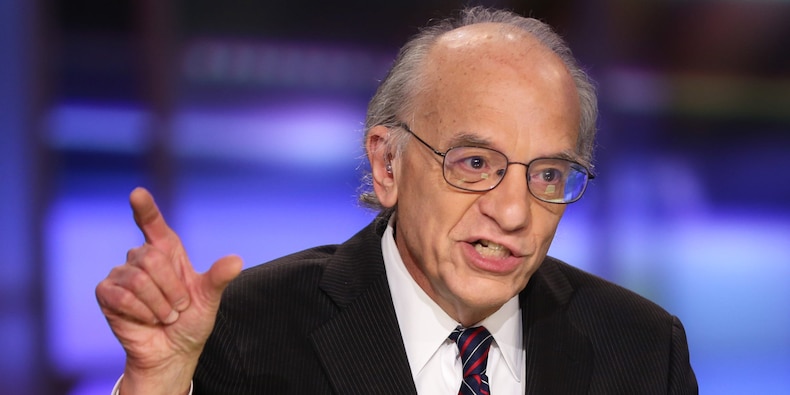 0 5
Share
Jeremy Siegel, professor of finance at the Wharton School of the University of Pennsylvania. Scott Mlyn/CNBC/NBCU Photo Bank/NBCUniversal via Getty Images Wharton finance professor Jeremy Siegel said he does not think the Federal Reserve's inflation outlook is "credible," and believes the central bank risks scaling back its monetary policy sooner than expected.This, he told CNBC Friday, will shock the stock market in early 2022."I look at these inflation forecasts that the Fed put, I don't find them credible at all," he said, referring to the central bank's 4.2% target this year and its 2.2% target next year. "We're going to have much more inflation."He continued: "When you see worse inflation, the Fed is going to be pressured and that's going to disturb the market and that's down the line." Siegel added the US economy can expect "a couple more" bad consumer price index reports towards the end of the year. But in the next two months, he said "the road lo
Subscribe or log in to read the rest of this content.
0 5
Share FacebookGoogle+Email

China’s Putting its Foot Down: Bitcoin is Illegal By DailyCoin