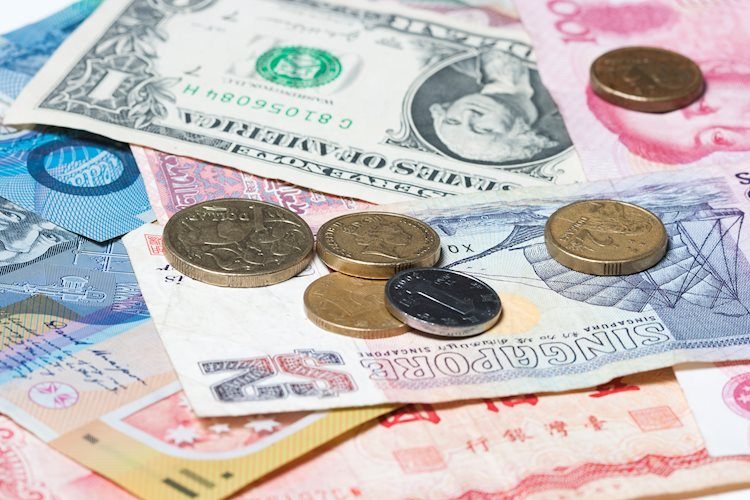 0 4
Share
Here is what you need to know for Tuesday 14 September in forex: The US dollar hit a two-week peak against a basket of currencies as measured in the DXY index on Monday. The bulls are back in action as the US Federal Reserve is expected to reduce its asset purchases before long, despite a surge in COVID-19 cases. The dollar index DXY earlier rose to 92.887, its highest since Aug. 27. It was last up slightly at 92.664 by the closing bell on Wall Street. US bond yields are a touch lower. All eyes on the Fed It is the Federal Reserve blackout period this week ahead of next week's FOMC meeting and the hawks have circled over 33 Liberty Street Manhattan, New York where the two-day meeting will take place over 21-22 Sep. Last week, most Fed officials sounded as if they are looking through the weak August jobs report and still want to taper this year.  Philadelphia Fed President Patrick Harker became the latest official to say he wants the central b
Subscribe or log in to read the rest of this content.
CurrenciesDollarIndexFed
0 4
Share FacebookGoogle+Email

Suddenly everyone thinks the stock market is going to plunge

EU tough talk on Brexit weighs on the pound

US dollar climbs after Powell as risk tone reverses

Fed’s Powell: High inflation is likely to abate but will last well into next…