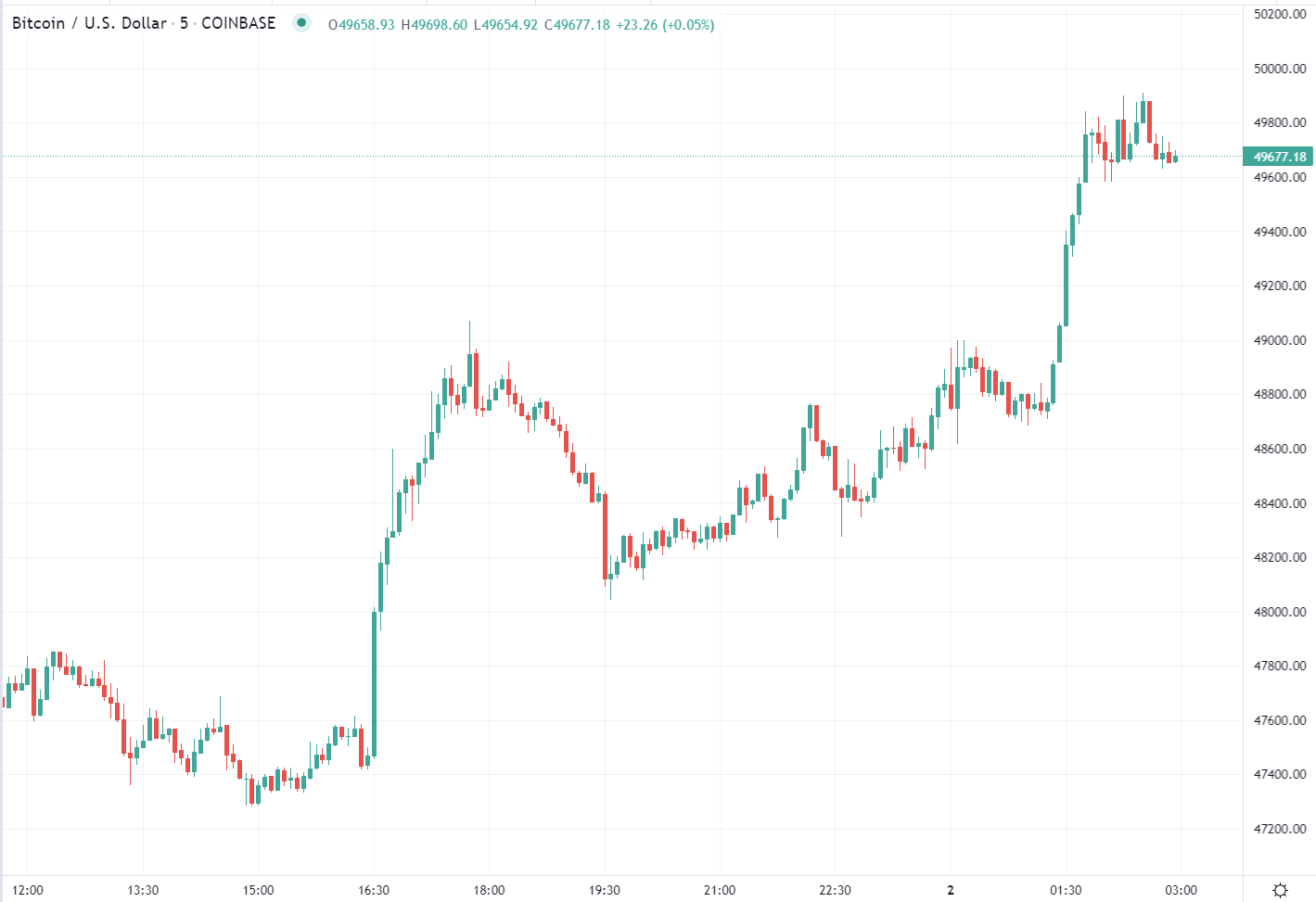 0 2
Share
Forex news for Asia trading on Thursday 2 September 2021 Major FX rates tracked mainly sideways during the session here with little net change to report on the day. Fresh news was thin on ground although we did get a couple of data releases, none of which had much currency impact: Australia's trade surplus (July) hit a record high while housing finance figures for the month indicated the upward swing in prices looks to have some room to run still On the central bank from we had remarks from uber-dovish Bank of Japan board member Kataoka, he said Japan's economic recovery is too slow and he'd add more stimulus if it were up to him. After the move higher in ETH on Wednesday US time BTC added on gains here, as I update it is on approach to US$50K. Regional equities: Japan's Nikkei +1.29% China's Shanghai Composite +0.26% Hong Kong's Hang Seng +0.82% BTC looks to be pausing before having a go above 50k Sour
Subscribe or log in to read the rest of this content.
0 2
Share FacebookTwitterGoogle+ReddItWhatsAppPinterestEmail

Dollar Up, but ‘Big Miss’ in U.S. Employment Data Caps Gains By Investing.com

Evergrande and the wider implications