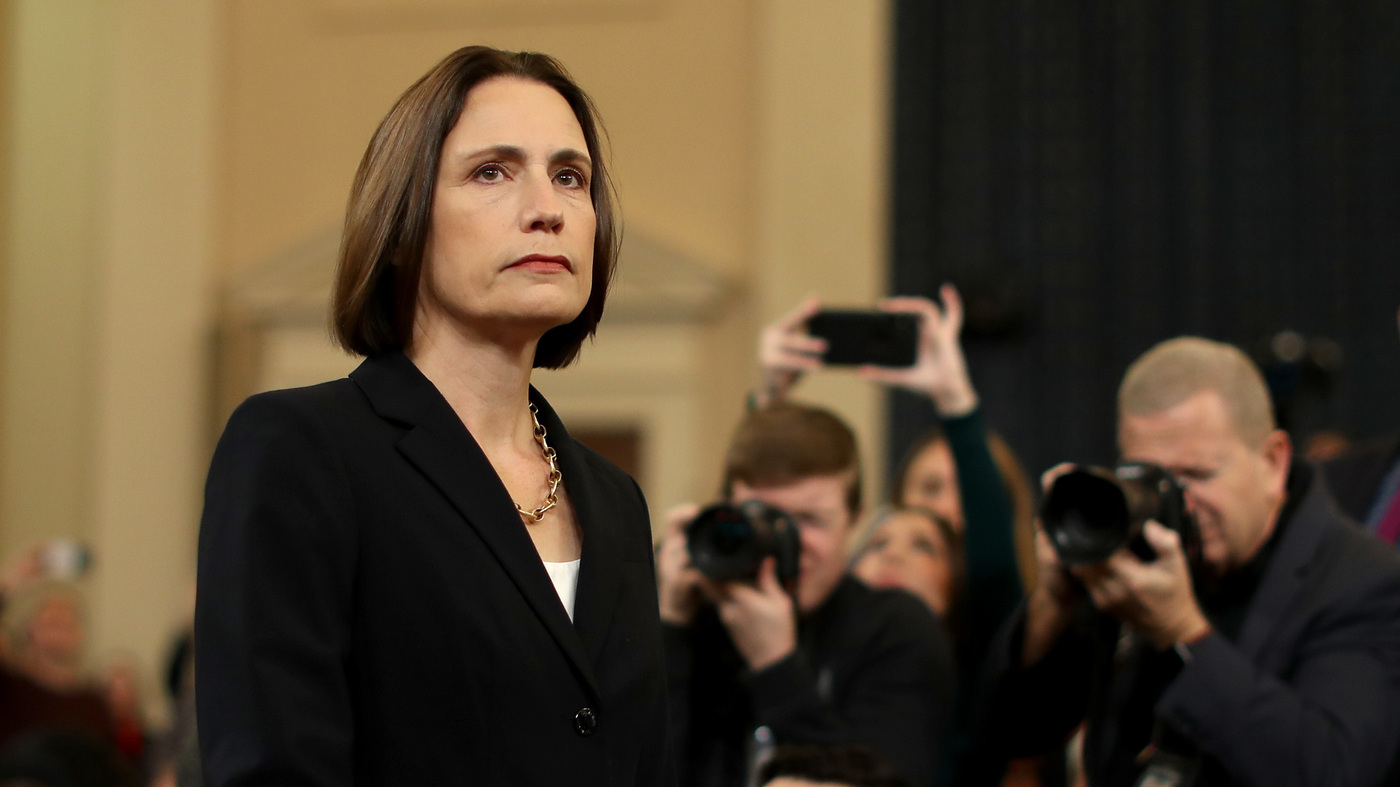 Russia expert Fiona Hill warns that American democracy is under attack — from within.

In November 2019, Hill became one of the key witnesses at Trump’s first impeachment hearing, where she condemned the false narrative that it was Ukraine, not Russia, that interfered in the 2016 election, and described the Trump administration’s parallel policy channel in Ukraine to get dirt on Joe and Hunter Biden.

Hill worked in the Trump White House as the top Russia expert. She watched Russian president Vladimir Putin manipulate Trump, she says, and observed as Trump increasingly resembled the authoritarian leaders he admired, including Putin.

“Trump himself was a massive counterintelligence risk, because of his vulnerabilities and the fragility of his ego,” Hill says.

After her testimony at the impeachment hearing, Hill received death threats. “I stopped answering my telephone, switched off the answering machine, got some security cameras,” she says. “I was advised to seal up the mail slot on my door to make sure nobody put a pipe bomb or a packet of powder through it.”

Hill grew up in the coal country of northeast England, the daughter of a miner. By the time she graduated high school in 1984, the mines had closed down. At her father’s urging, she moved to the U.S. in 1989. She became an American citizen in 2002.

Ultimately, I was on my own. … I was advised to seal up the mail slot on my door to make sure nobody put a pipe bomb or a packet of powder through it.

Hill’s new memoir, There is Nothing For You Here, takes its title from the words her father used when he encouraged her to leave England. In her time in the U.S., Hill says she’s seen the country take progressively “darker turns,” including the storming of the Capitol on Jan. 6, 2021.

“The United States is teetering on the edge of violence here. We’re already, I think, in a cold civil war,” she says. “We’ve got a chance now to turn this around. But if we don’t take it, we’re heading down that autocratic path that we’ve seen in other countries.”

There Is Nothing For You Here: Finding Opportunity In The 21st Century, by Fiona Hill

On her decision to work in the Trump administration

The irony is that just before I’d been offered the job, I’d taken part in the Women’s March. … I’d gone around the White House in the protest march and then found myself called in to ask if I would take the position and I resolved to do it because it was obvious that we were acutely vulnerable. … I was, of course, I think in retrospect, somewhat naïve about how much one could actually get done in that domestic context. I kind of thought that more people would be fully appreciative of the national security crisis that we had on hand and realize that for, sadly, a rather lot of people around Trump and for Trump himself, this was all just a big political game and one for personal benefit.

On how in her second meeting with him, President Trump called her “darlin” and assumed she was a secretary

In the moment, I wish I would have been able to say, “Sorry, sir, Mr. President, are you speaking to me? I’m Fiona Hill, the senior director for Russia and Europe.” I actually kind of have to say that I hoped that one of the guys in the room sitting much closer would have actually said, “Mr. President, this is your Russia adviser.” But of course, by this point, it was all too late and nobody helped me out. Nobody said who I was. … Leaping up and looking like deer in the headlights was probably not the best professional move I’ve ever made, but in the moment, I was just somewhat startled. After that, I made sure that that wasn’t going to be the case again. Let’s just say I was not prepared well for that moment. I also have to say that I do think that the other men in the room were quite startled by it and also didn’t know how to react.

On the scrutiny she faced about her appearance in the testimony

Immediately, the team of lawyers said, “Well, we’ll need to have someone to do your hair and your makeup, and we’ll need to kind of figure out how you look on the day.” And I felt, really? Do they do this for men as well? I mean, it immediately brought back decades of memories as a professional person going all the way back actually to school and my childhood about the fixation that people have about how you dress and how you look. … I always thought when I was younger, like God, I’m not going to be 14 forever, and eventually this won’t matter. And you get to be 54 and it still matters, particularly if you’re a woman.

On how Florida Congressman Matt Gaetz, a strident Trump supporter, came to her testimony uninvited and stared at her to try to intimidate

It was clear that it was intended to be witness intimidation. It was kind of like a middle-school or even grade-school staring contest. And I’m quite a bit older than him. And let’s just say I went to a pretty rough school. I can hold my own. And he was also basically making it very clear that I was nothing. He was kind of looking me up and down … like, “Oh, this is middle-aged woman here, who does she think she is?” And after doing the staring contest for a period of time, and I didn’t drop my gaze, he then proceeded to pick up a couple of newspapers and peruse [them to signal] that I was nothing, that I shouldn’t be paid attention to. So it was quite obvious, it was glaringly obvious what he was up to. It also made it seem like a game, which I, of course, didn’t consider it to be. …

It helped make it clear that this was going to be the tone, in part, for these hearings. That again, this was a political circus where I thought it was deadly serious and was trying to get across the fact that this was an issue of national security. We couldn’t have the privatization of national security. Our democracy was under assault from the outside — but now, clearly, from the inside and, in many respects, he prepared me for what was going to happen next.

Heidi Saman and Joel Wolfram produced and edited the audio of this interview. Bridget Bentz, Molly Seavy-Nesper and Meghan Sullivan adapted it for the web.