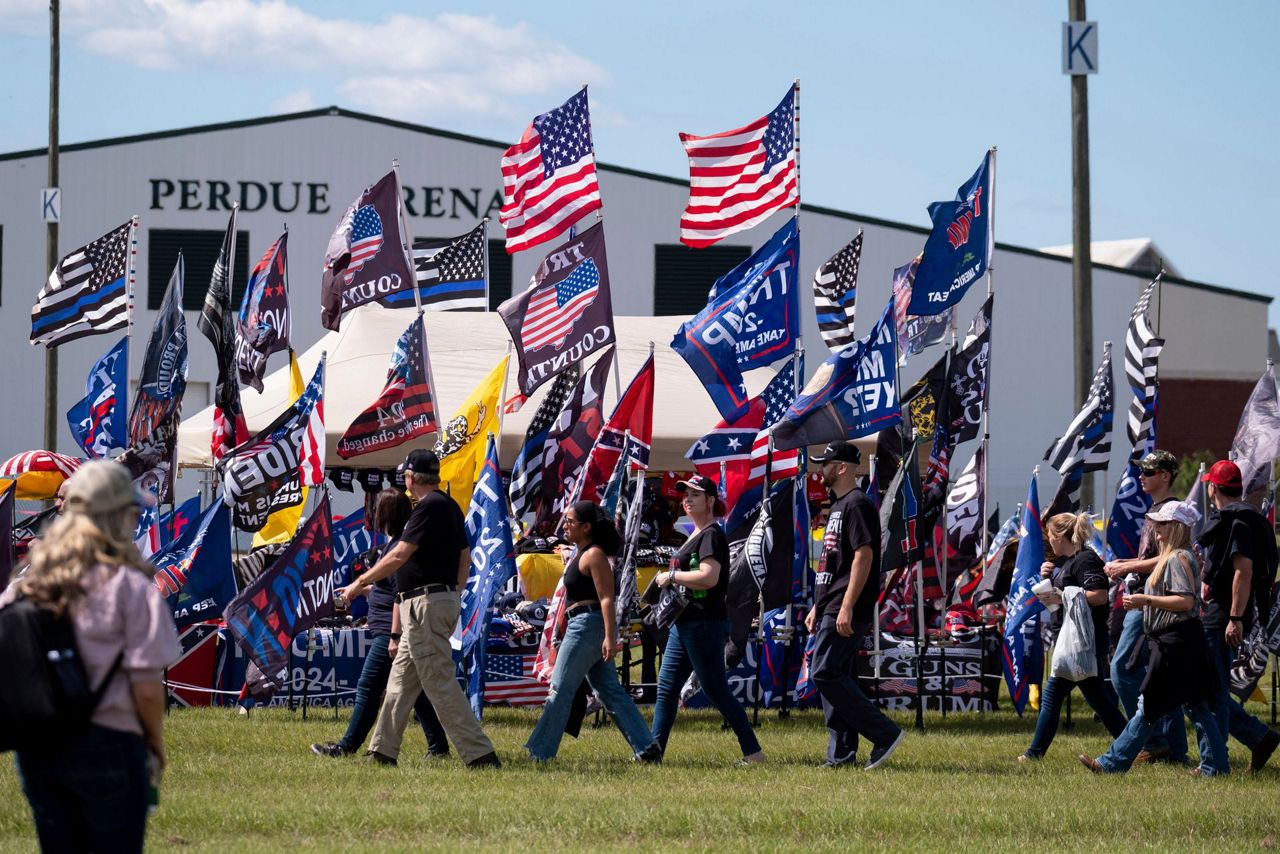 0 7
Share
PERRY, Ga. (AP) — The rewards of an early Donald Trump endorsement were on display Saturday in Georgia when a three-man ticket of candidates he's backing in 2022 Republican primaries were featured at one of his signature rallies. But GOP opponents of Trump-backed candidates aren't folding in Georgia and some say the former president's nod could hurt Republicans in a general election in the closely divided state. Trump's endorsement blitz is a frank attempt to keep remaking the party in his image, with Republicans eagerly courting his favor. But like everything else about the former president, it's a rule-rewriting approach, said Casey Dominguez, a political science professor at the University of San Diego. “We haven't seen presidents in recent years try to drive a wedge within their own party, which is what happens in a primary election,” Dominguez said. “He's playing factional politics in the party.” It's easy to see why they might want Trump's backing. He
Subscribe or log in to read the rest of this content.
AP OnlineAP Online General Election NewsAP Online Other US Government NewsAP Online Top Political HeadlinesAP Top NewsAP Top News - L-TWC RegionsAP Top News GeneralAP Top News National
0 7
Share FacebookGoogle+Email