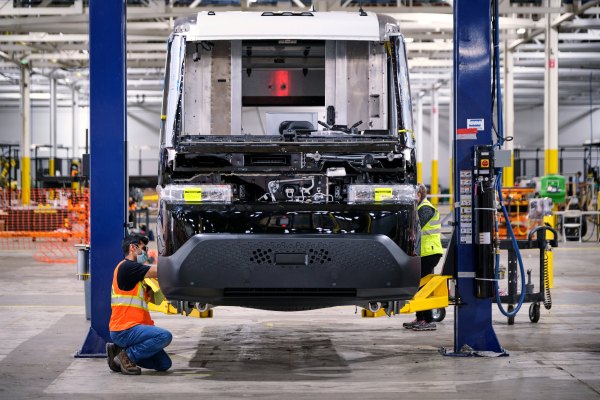 
GM said Wednesday it will double its revenues by the end of the decade and take over the market share of EVs — a spot that Tesla currently enjoys — all while increasing profit margins for its internal combustion engine vehicles.

The ambitious goal, outlined during GM’s two-day investor event that kicked off Wednesday, will be reached by selling a range of electric vehicles, software-based services and offering technology, including a new version of its hands-free advanced driving assistance system that the automaker claims will work in 95% of all driving scenarios and eventually be used on every paved road in the U.S. and Canada.

GM said it aims to hit $280 billion in annual revenues by 2030, which is more than double the $122.5 billion in sales it reported for 2020. The company is basing its revenue goal on a rolling average of about $140 billion, according to a company spokesperson.

GM has already committed billions to reach this new goal. The automaker said back in November that it would spend $27 billion over five years on the development of electric vehicles and automated technology, a 35% increase from its previous plan. GM upped that number again in July, this time to $35 billion through 2025.

That money is already being put to work, notably into Ultium, the underlying EV architecture and accompanying batteries for its next-generation electric vehicles, which includes the upcoming Chevrolet Silverado, a Chevrolet crossover priced around $30,000, Buick crossovers and the Cadillac Lyriq and Celestiq.

“When you look at the strong portfolio, the fact that we’re going to have affordable EVs, really affordable EVs for people and we’re also working on the ecosystem they need because for a lot of people it’s going to be their only vehicle — they need to have reliable reliable charging infrastructure,” Chair and CEO Mary Barra said during a media briefing explaining how the company planned to capture market share. “That’s why we believe that we’re going to attract those customers.”

Barra also noted that the company is building on loyalty that customers already have for the company. That, along with its portfolio, existing manufacturing capacity and dealership network are all advantages, she said.

“There’s a lot of things that we have that when we put our foot on the accelerator pedal, we can really move quite rapidly.”

To hit that mark, GM said it will dedicate more than 50% of its factories in North America and China to the production of electric vehicles by 2030.

GM’s revenue goal doesn’t rely entirely on the sale and financing of EVs. In a briefing call with media Wednesday, Barra and GM President Mark Reuss  repeatedly pointed to its plan to roll out digital services through its new Ultifi software platform as well as new businesses like its commercial EV delivery company BrightDrop and OnStar Insurance.

Details about those digital services and its strategy will be outlined Wednesday and Thursday during the investor event. Stay tuned.

As bitcoin surges to highest price since May, here are how crypto-related funds and companies trade