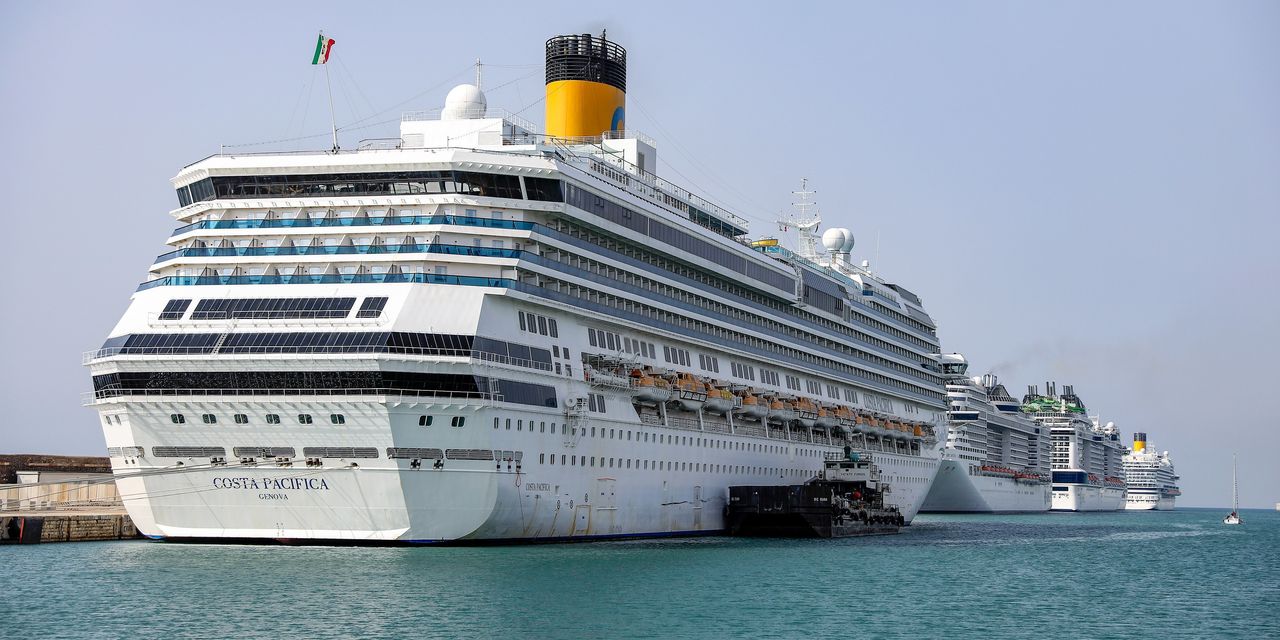 0 8
Share
U.S. stock futures were mixed, with contracts on the Dow Jones Industrial Average up, the Nasdaq-100 down and the S&P 500 flat. Here’s what we’re watching as Monday’s trading gets under way. Blank-check company Gores Guggenheim climbed 4.7% premarket. It is nearing a deal to combine with Polestar that would value the Swedish electric-vehicle maker at $21 billion. Crude prices are at the highest level in nearly three years, and shares of major producers are also rising premarket. Occidental Petroleum added 2.5%,  Exxon Mobil gained 1.3% and  ConocoPhillips rose 1.5%. Cruise operator Carnival ‘s shares were up 1.8% premarket after it said it had set sail from the Port of Los Angeles over the weekend for the first time since last year. On Friday, it reported its third-quarter voyages had been cash-flow positive. Rival Royal Caribbean inched 0.8% higher. Major airlines were also getting a boost ahead of the bell amid hopes fo
Subscribe or log in to read the rest of this content.
AALACB.TacquisitionsAcquisitions/MergersAcquisitions/Mergers/ShareholdingsAir TransportAirlinesAmerican Airlines Group
0 8
Share FacebookGoogle+Email

Get ready for growth stocks to come roaring back to life says this top-performing manager. Here are his picks.