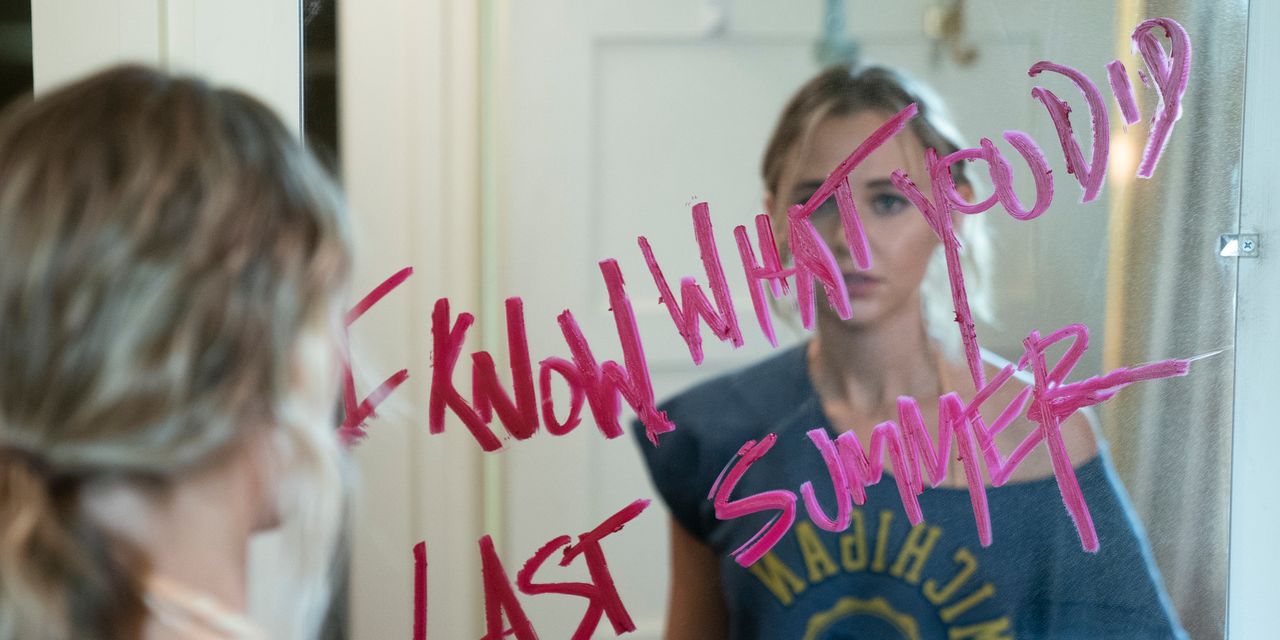 0 7
Share
Amazon Prime Video is leaning into the Halloween theme in October, with a slate of horror movies, old and new, and the reboot of a cult-classic slasher film. That would be “I Know What You Did Last Summer” (Oct. 15), a new series based on Lois Duncan’s 1973 novel that inspired the 1997 movie and its sequels. Featuring a cast of mostly newcomers — including Madison Iseman, Bill Heck, Brianne Tju and Ezekiel Goodman — the eight-episode series focuses on a group of teenage friends bound by a guilty secret and hunted by a serial killer. The first four episodes will drop on the 15th, with the remaining four every subsequent Friday. Amazon AMZN, -0.58% also has four original Blumhouse horror movies, with “Bingo Hell” and “Black as Night” dropping Oct. 1, and “The Manor” and “Madres” coming Oct. 8. Those are part of Prime Video’s “Now Screaming” collection, which also includes frigh
Subscribe or log in to read the rest of this content.
Amazon.com IncAMZNarticle_normalartsArts/EntertainmentcorporateCorporate/Industrial NewsEntertainment
0 7
Share FacebookGoogle+Email

Endeavor is buying into sports betting, and the stock is winning