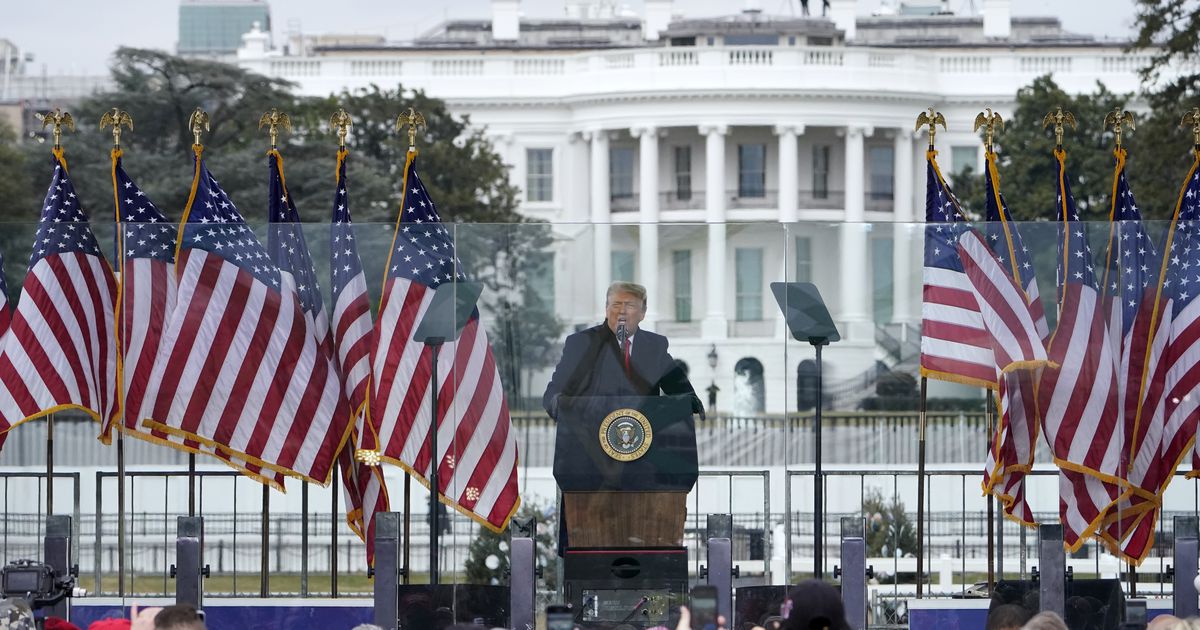 0 6
Share
By Mary Clare Jalonick and Eric Tucker, Associated Press Updated: 20 seconds ago Published: 6 minutes ago In this Jan. 6, 2021, file photo with the White House in the background, President Donald Trump speaks at a rally in Washington. (AP Photo/Jacquelyn Martin, File) WASHINGTON - A House committee investigating the Jan. 6 insurrection at the U.S. Capitol has issued its first subpoenas, demanding records and testimony from four of former President Donald Trump’s close advisers and associates who were in contact with him before and during the attack.In a significant escalation for the panel, Committee Chairman Bennie Thompson, D-Miss., announced the subpoenas of former White House Chief of Staff Mark Meadows, former White House Deputy Chief of Staff for Communications Dan Scavino, former Defense Department official Kashyap Patel and former Trump adviser Steve Bannon. The four men are among Trump’s most loyal aides.Committee Chairman Bennie Thompson, D-Miss., wrot
Subscribe or log in to read the rest of this content.
0 6
Share FacebookGoogle+Email