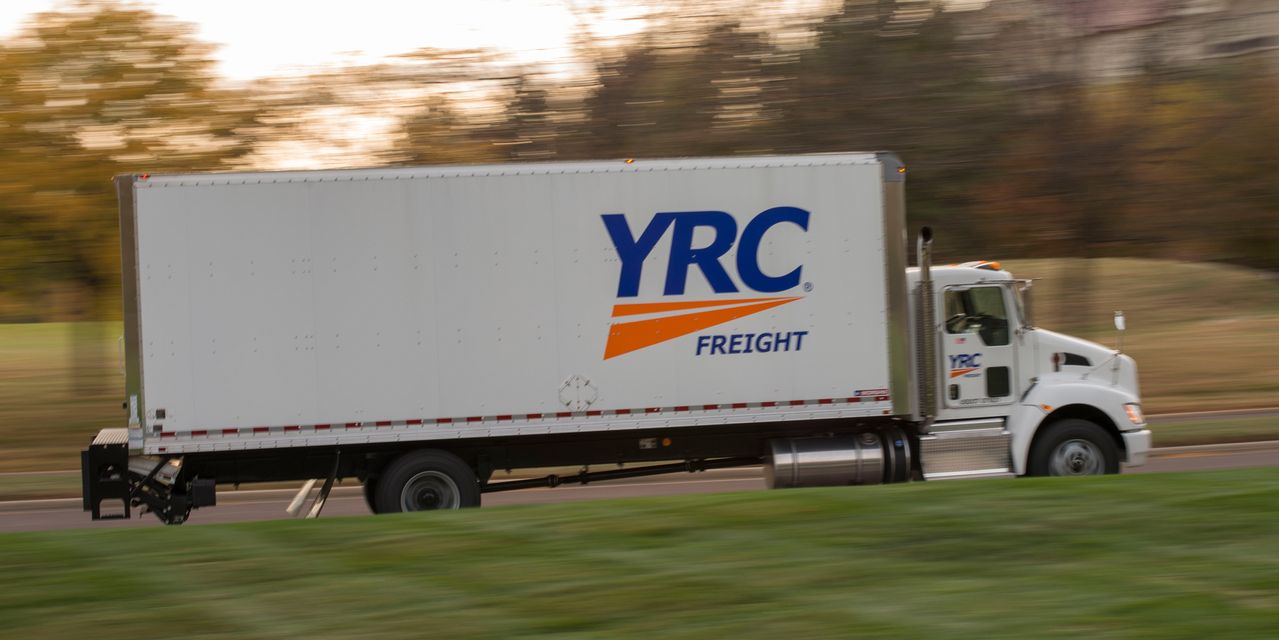 
The chairman of a Democratic-led House oversight panel said new documents show the Trump administration may have been involved in helping financially troubled trucking company Yellow Corp. obtain a $700 million pandemic-relief loan from the Treasury Department.

The Select Subcommittee on the Coronavirus Crisis, which is investigating whether that loan was improperly issued and used, said documents it planned to release Wednesday show that Trump White House officials “directly engaged with Yellow and its representatives regarding the company’s application” and “took steps to communicate with Treasury officials” about the loan.

Top news and in-depth analysis on the world of logistics, from supply chain to transport and technology.

(D., S.C.), the panel’s chairman, outlined the allegations in an Oct. 5 letter to U.S. Archivist

that requested Trump administration White House records from the National Archives and Records Administration for the panel’s investigation.

Mr. Clyburn’s letter said the panel seeks to review those records to determine whether White House officials “pressured or directed Treasury to disregard” requirements for loans through the $2.2 trillion Cares Act, which authorized $17 billion for companies deemed essential to national security.

Yellow, one of the largest U.S. trucking companies, accounted for almost all the federal coronavirus aid funding to those businesses and had been struggling to turn its finances around when the coronavirus pandemic hit.

“Yellow reached out to the appropriate executive and legislative branches to help save 30,000 jobs and protect the vulnerable U.S. supply chain during the height of the Covid-19 crisis,” the Overland Park, Kan.-based company said in a statement. The loan request received bipartisan Congressional support, Yellow said, and when negotiating with the Treasury Department “all guidelines were followed, and the due diligence process was extensive.”

The government has said it provided the 2020 loan because the company, then known as YRC Worldwide Inc., is a key supplier of military shipping services. Yellow has said it applied for the loan “after significant adverse impact by the pandemic” and that the company stands by the national-security designation.

last December defended the administration’s decision to award the loan, saying at a hearing that while the loan was risky, taxpayers would profit from it. Mr. Mnuchin didn’t immediately respond to a request for comment. A Treasury Department spokesman declined to comment.

The documents the subcommittee planned to release include emails between consultants, White House staffers and Yellow before the loan was announced in July 2020.

Mr. Clyburn said in the letter that those documents are consistent with public records showing that Mr. Mnuchin sent messages to White House personnel, including

then the director of the National Economic Council, and to Mr. Trump’s personal assistant concerning the announcement of the loan to Yellow. That suggests, Mr. Clyburn said, “that the highest-ranking White House officials may have been involved in the process of approving Yellow’s loan.”

A May 4, 2020, email that the subcommittee released from an executive with a Washington lobbying and public-relations firm said he had shared “YRC key materials” with Mr. Kudlow’s chief of staff and contacted various White House staffers.

Write to Jennifer Smith at jennifer.smith@wsj.com