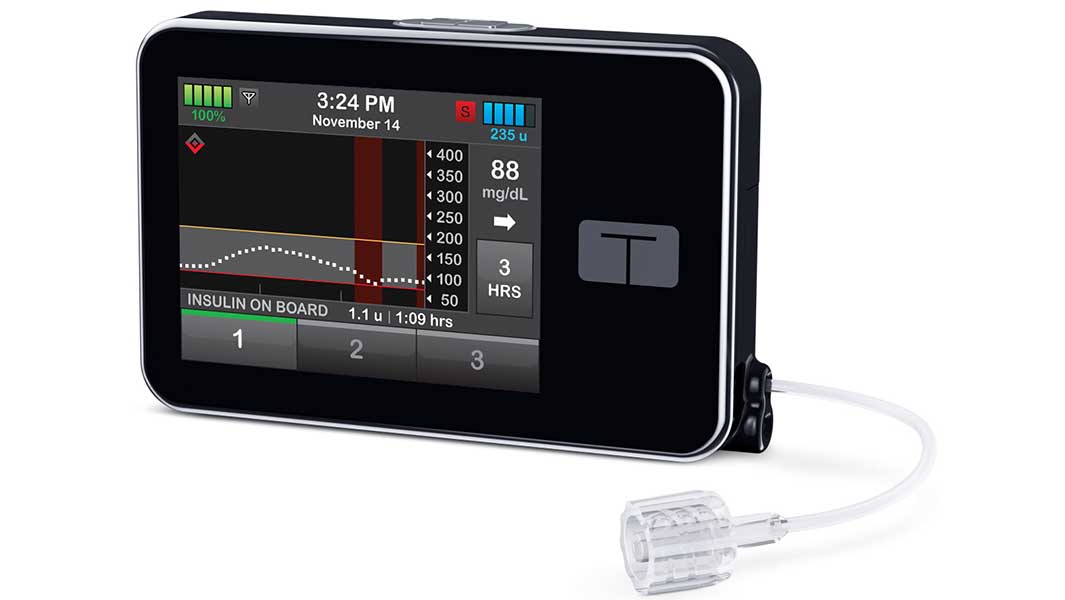 
It’s no secret that diabetes is a big health problem. The Centers for Disease Control and Prevention estimate that more than 34 million Americans grapple with the disease. That’s more than 1 in 10 people in the U.S. For makers of medical products, including today’s IBD 50 growth stock to watch, that spells big opportunity.


Fortune Business Insights expects the global market for the insulin pumps used to manage diabetes to increase 14% in 2021, to $4.13 billion. The researcher projects an increase to $11.86 billion by 2028.

The market for pumps is deceptively complex, and includes diversified leaders such as Medtronic (MDT), Abbott Laboratories (ABT) and Sanofi (SNY). Two of the top pure-play ways for growth stock investors to delve into the insulin pump market is through Tandem Diabetes Care (TNDM) and Insulet (PODD).

Insulet is the larger of the two, with $900 million in 2020 revenue and a market capitalization of $19.6 billion. Tandem’s 2020 revenue was $500 million and its market cap is $7.65 billion. But its chart is in better shape, and some technical elements — such as its relative strength line and rating — are stronger. That helped boost it onto the IBD 50 list, and qualified it as today’s IBD 50 growth stock to watch.

The company’s new Control-IQ algorithm, introduced early this year, and its top-of-the line insulin pump create a hybrid closed-loop system. Some are calling it the closest thing to an artificial pancreas the market has ever seen.

At the end of the June quarter, the San Diego-based outfit reported $98.6 million in cash and equivalents. It carried no long-term debt until 2020, then issued $287.5 million in convertible notes in May of last year. That left its debt-to-equity ratio at about 55%.

Insulet has a debt-to-equity ratio of around 173%. It reported cash and equivalents at the end of Q2 of $854.6 million.

Tandem shares shot up more than 13% on Sept. 7, following the Standard & Poor’s announcement that the stock would begin trading on the S&P MidCap 400 beginning Sept. 20. The stock has been easing since then, perhaps starting a flat base.

Tandem is also, technically speaking, buyable as a rebound from support in a pullback to the 10-week moving average. Volume on the bounce has been weak.

That, along with the fact that the market is in a correction, suggests investors are better off not buying right now. But stay vigilant, because the market outlook could change to a confirmed uptrend in just days.

Tandem rates a 78 Composite Rating from IBD. That is much better than Insulet’s 65 CR, but still ranks Tandem No. 25 in the medical products industry group. Growth stocks Align Technologies (ALGN) and Repligen (RGEN) rank at the group’s top.

MarketSmith Provides Investing Tools That Are Easy To Use