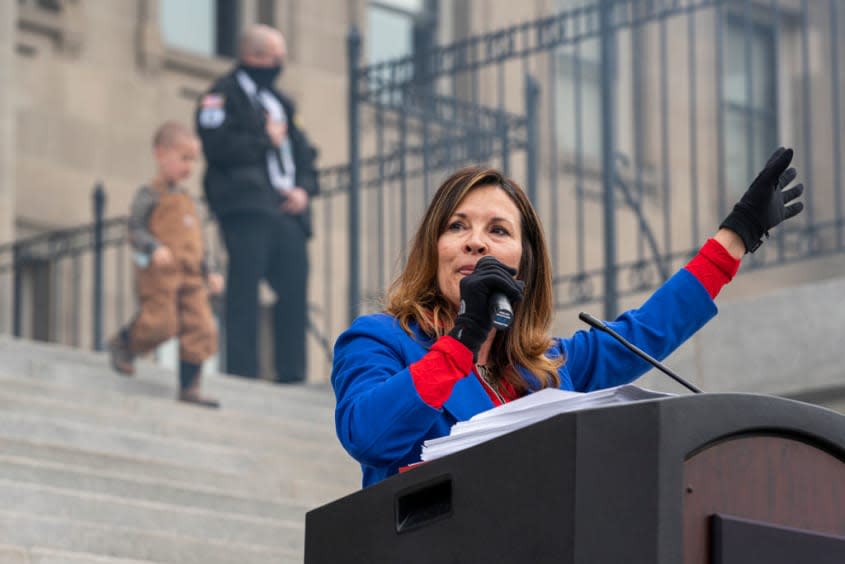 
“Some are born great, some achieve greatness, and some have greatness thrust upon ’em,” William Shakespeare wrote in Twelfth Night, setting up a prank to humiliate a pretentious servant. It isn’t clear which camp Idaho Lt. Gov. Janice McGeachin (R) would place herself in, but on Tuesday she took advantage of Gov. Brad Little’s (R) out-of-state travels — for the second time this year — to issue a pandemic-related executive order and move to press the Idaho National Guard into border patrol duty.

As soon as Little left to meet with nine other GOP governors in Texas, McGeachin issued an executive order prohibiting private companies from requiring employees to get vaccinated against COVID-19, among other things. She also asked Maj. Gen. Michael J. Garshak how she could activate the National Guard and send them to the U.S.-Mexico border, The Associated Press reports.

Little, who did send State Police troopers to the border in June to help stop cross-border drug trafficking, was a little more direct. “I am in Texas performing my duties as the duly elected governor of Idaho, and I have not authorized the lieutenant governor to act on my behalf,” he said in a statement. “I will be rescinding and reversing any actions taken by the lieutenant governor when I return.” He added, “Attempting to deploy our National Guard for political grandstanding is an affront to the Idaho constitution and insults the men and women who have dedicated their life to serving our state and the country.”

In May, McGeachin issued a ban on mask mandates when Little was on an official trip to Tennessee. Little rescinded that order as soon as he returned. McGeachin is one of a crowded field of Republicans running to replace Little in 2022. Little has not indicated whether he is seeking re-election.