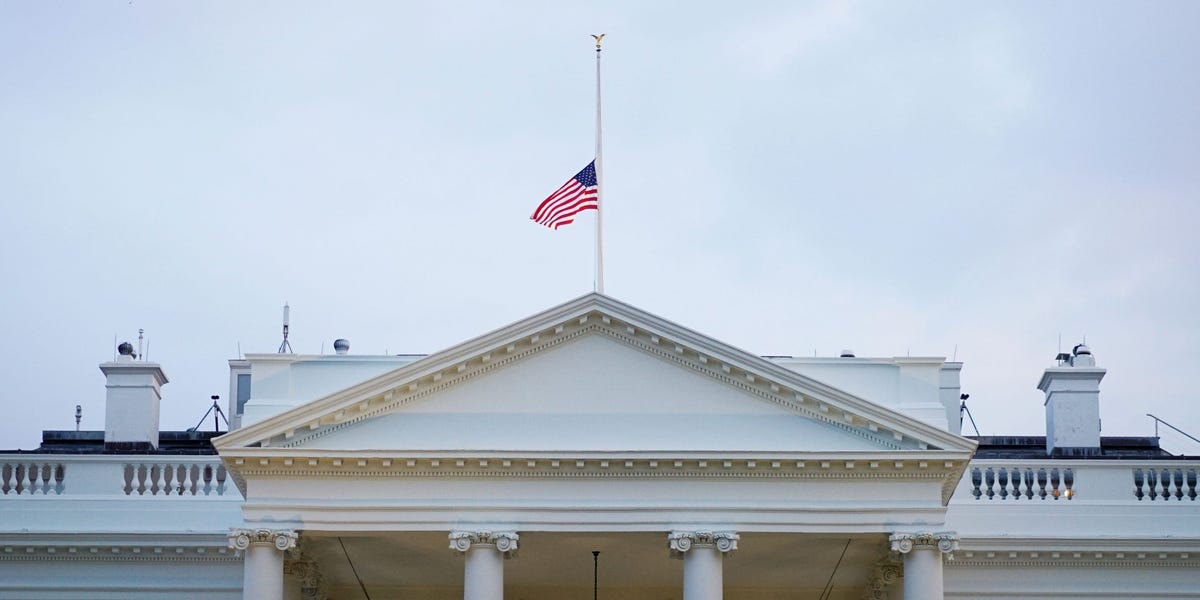 
Former President Donald Trump did not want to lower US flags to half-staff to honor the late Sen. John McCain, but his daughter, Ivanka Trump, convinced him to fulfill the gesture, according to a new book by former White House press secretary Stephanie Grisham.

Grisham, who also served as White House communications director and former first lady Melania Trump’s chief of staff, made the claim in her tell-all book, “I’ll Take Your Questions Now,” which was released on Tuesday.

The US Flag Code orders flags atop the White House, Pentagon, and other federal government buildings to fly at half-staff on the day a member of Congress dies, as well as the following day. McCain died on August 25, 2018 — that evening and the next day, flags were lowered to mourn the distinguished war hero, longtime Arizona senator, and 2008 Republican presidential nominee.

But Trump received widespread criticism after the White House flag was raised back to full-staff before McCain’s funeral and burial services, while Republican and Democratic lawmakers were still paying tribute to him.

Typically, presidents have issued a proclamation to keep the flag lowered and extend the mourning period. Former President Barack Obama took this action to honor longtime Democratic Sen. Robert Byrd of West Virginia after his death in 2010.

Trump, for his part, was criticized by veterans groups for raising the flag so soon after McCain’s death. Senate GOP Leader Mitch McConnell of Kentucky and Sen. Chuck Schumer of New York also called for the flag to be lowered again.

Despite the pressure, the former president was unwilling to lower the flag until Ivanka Trump convinced him to take the action, according to Grisham.

“The president hadn’t even wanted to order the nation’s flags to be lowered to half-staff,” she wrote. “It was Ivanka who convinced him to do it, in the end, which was the right thing to do.”

“Despite our differences on policy and politics, I respect Senator John McCain’s service to our country and, in his honor, have signed a proclamation to fly the flag of the United States at half-staff until the day of his interment,” Trump said in a statement.

At the time, Trump also claimed in a tweet that he lowered the flag “without hesitation or complaint.” But a former Trump administration staffer, Miles Taylor, disputed his statement.

“Mr. President, this is not true,” Taylor, who served in Trump’s Department of Homeland Security, tweeted. “You were angry that DHS notified federal buildings to lower the flags for Sen. McCain. I would know because your staff called and told me.”

Prior to McCain’s passing, Trump’s disdain for the Arizona lawmaker had been ongoing for years.

The former president often denigrated McCain’s public service, which included his time as a prisoner of war during the Vietnam War.

“He’s not a war hero,” the former president said in 2015 of McCain’s service in the Navy. “He was a war hero because he was captured. I like people who weren’t captured.”

McCain, who withdrew his support of Trump in the run-up to the 2016 election, gave a pivotal vote in 2017 to keep the Affordable Care Act largely in place, deeply angering the former president.

Thanks partly to the pandemic, Donald Trump has dropped off the Forbes 400 list