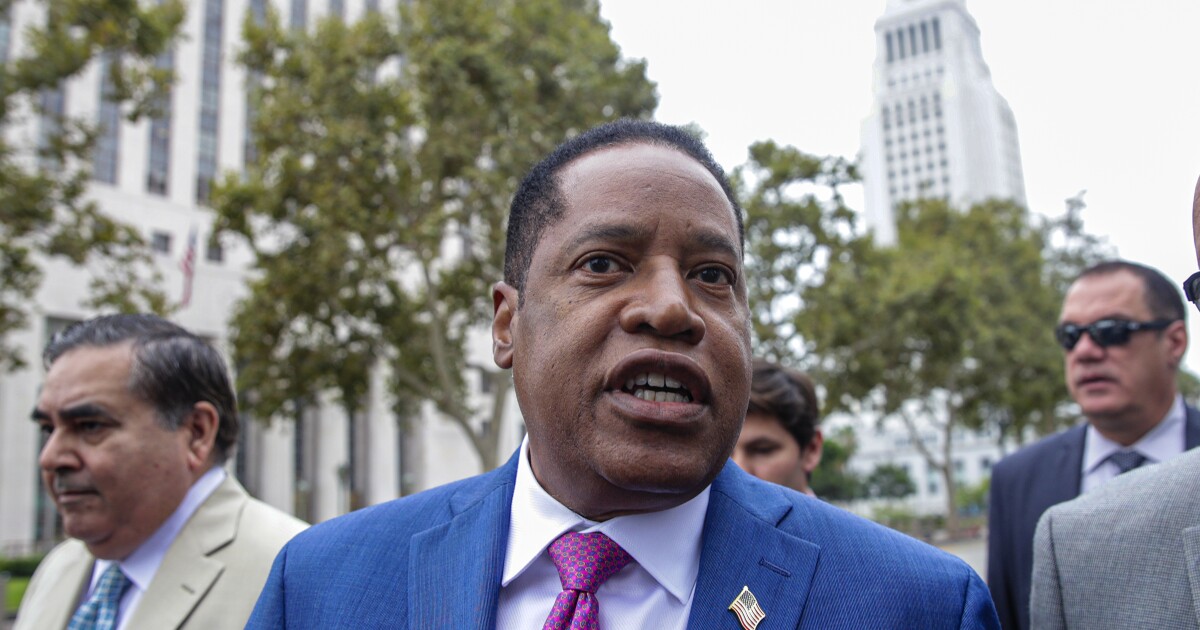 0 4
Share
Within 24 hours of Donald Trump riding down that golden escalator into the heart of America’s political consciousness, Larry Elder once recalled, he had the reality TV star pegged as the next president. He urged his radio audience: “We ought to get behind him.” Two years into the Trump presidency, Elder sounded rhapsodic about the choice he and other Americans made. “The election of Donald Trump in 2016, in my opinion, was divine intervention,” he told an audience of conservatives gathered at a Rancho Palos Verdes resort in 2019. “It was a miracle. He is almost God-sent.”Elder sounds decidedly more guarded about Trump these days, as the longtime Los Angeles radio host leads 45 other challengers in the race to replace Gavin Newsom, should Californians vote to recall the governor on Sept. 14.Elder has taken pains to talk about all the other Republican presidential candidates he supported before Trump. When The Times asked to talk to him about Trump, his campaign sp
Subscribe or log in to read the rest of this content.
0 4
Share FacebookGoogle+Email

What happened to America?