MAGA supporters have raised $2 million for a jailed Marine. But the soldier says he hates how Trump has divided the US. 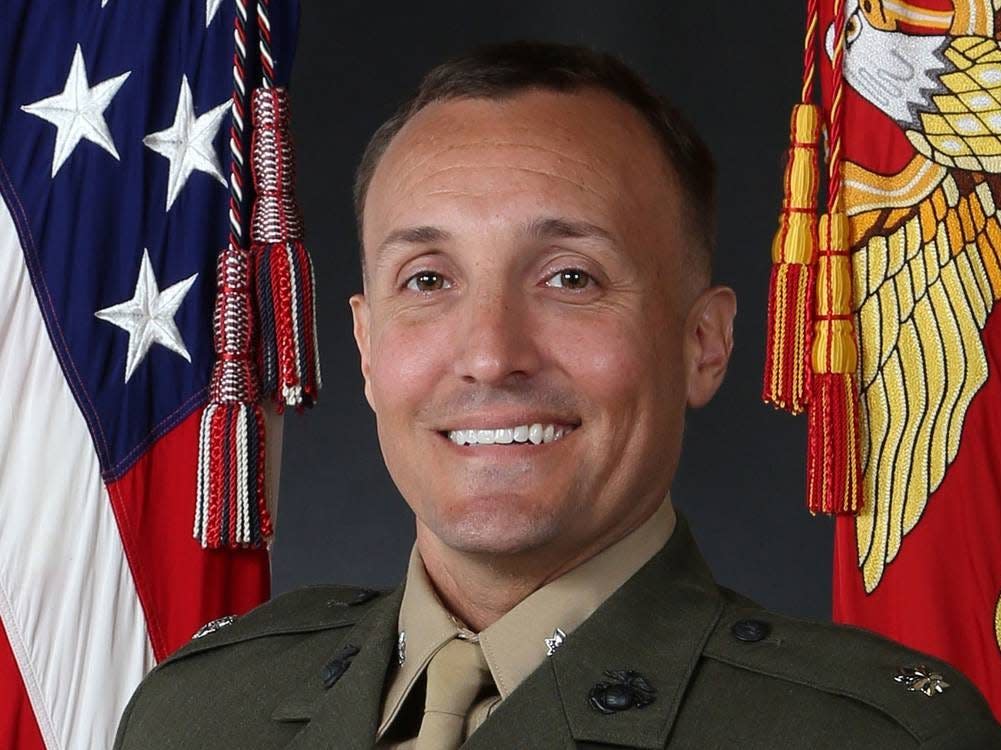 
The MAGA community has raised more than $2 million for a Marine officer who went viral for criticizing the US withdrawal from Afghanistan and saying he wanted to “bring the whole fucking system down,” despite the fact he is anti-Trump.

After the news, the Pipe Hitter Foundation set up a fundraising platform for Scheller.

The Foundation is run by former Navy Seal Eddie Gallagher, who was convicted in 2019 after posing with the dead body of an ISIS captive. Trump granted him clemency in November 2020.

Scheller has been celebrated as a hero across right-wing politics from the GOP to leading QAnon figures, according to David Gilbert, writing in Vice. Reps. Marjorie Taylor Greene, Lauren Boebert, and Madison Cawthorn have backed him and dozens of Republicans, led by Rep. Louie Gohmert, signed a letter calling for Scheller’s release.

However, Scheller has publically renounced any help from former President Trump or his followers, saying he would “rather sit in jail.”

He also said that Trump is responsible for “dividing our country.”

Writing on his Facebook page, he said: “President Trump. I was told by everyone to kiss the ring because of your following and power. I refuse. While I respect your foreign policy positions, I hate how you divided the country.

“I don’t need or want your help. You do not have the ability to pull US together. You may even win the next election. But your generation’s time is running out. Tell your son to stop tweeting about me. Your whole family knows nothing about US or our sacrifices. I could never work with you.”

Scheller’s comments also indicted the Biden administration and its military choices in Afghanistan. “Follow me, and we will bring the whole fucking system down… in a constitutional manner with one loud voice,” he said on Facebook and LinkedIn, at the beginning of September.

Scheller was thrown in a military prison without charge after defying orders to stop posting on social media, on Monday, according to the Military Times.

Whilst the pro-Trump faction is turning a blind eye to Scheller’s politics, some can’t ignore his challenging comments. One Telegram user said: “Scheller is anti-Flynn and anti-Trump. think he’s a Judas goat.” according to Vice.