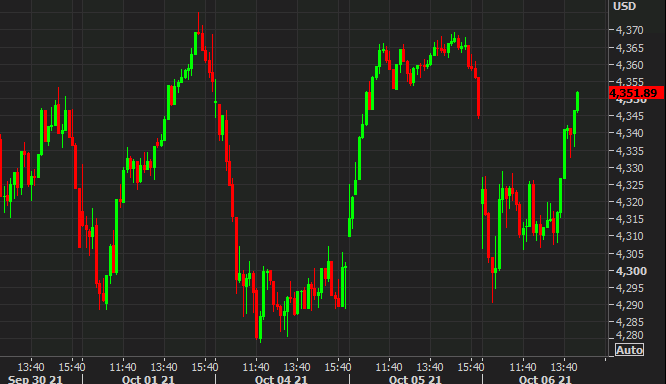 
Will push the debt limit until December

This confirms reports that Republicans will not filibuster a debt limit extension until December.

There’s been some confusion about what’s been offered but this is straight from the horse’s mouth.

This will give Democrats until December to figure out if they can pass a big reconciliation bill that also includes a debt ceiling suspension. It doesn’t sound like they’re asking for anything in return. I suspect they did the political calculus on pushing this further and decided they would get as much of the blame as Democrats, and that Wall Street wouldn’t be happy.

Invest in yourself. See our forex education hub.

Broader indices (and now the Dow as well) turn positive