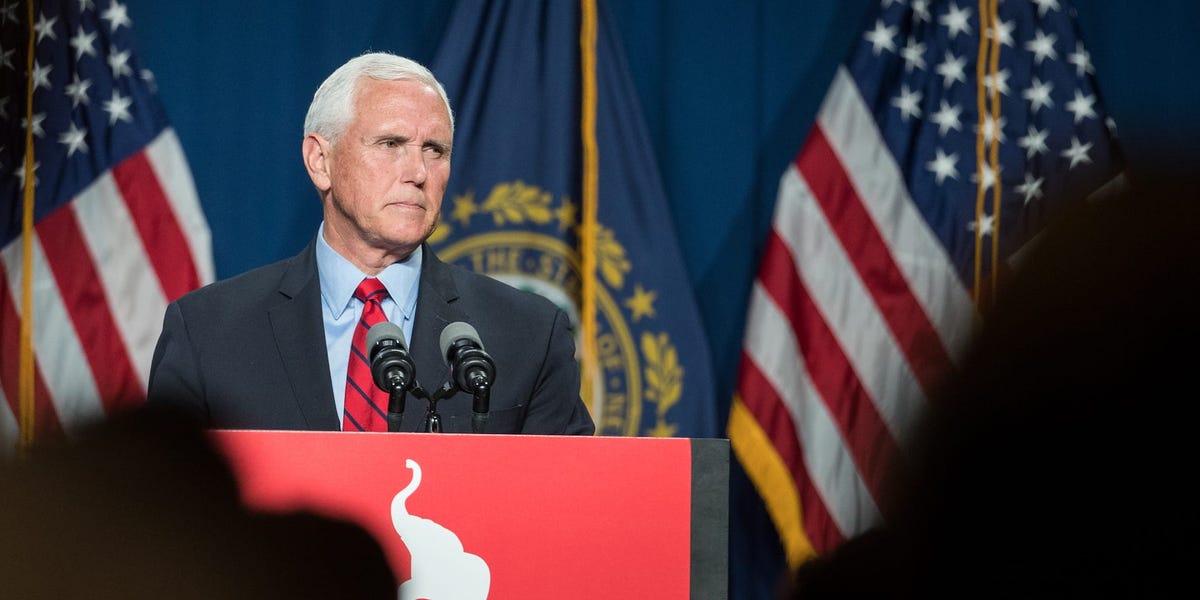 
Former Vice President Mike Pence will travel to Iowa in November as he looks ahead to a potential 2024 presidential campaign.

On Nov. 1, the former vice president will speak at an event at the University of Iowa hosted by the Young America’s Foundation, a conservative group devoted to instilling “ideas of individual freedom, a strong national defense, free enterprise, and traditional values” among youth.

The trip will mark Pence’s second outing since leaving office in January to what has traditionally been the first-in-the-nation state in the presidential nominating process.

In July, the former vice president spoke at the Family Leadership Summit, where he implored the group to stand up against “the agenda of the radical left” and touted his antiabortion credentials to the crowd.

“I couldn’t be more proud … to have been part of an administration that stood every day without apology for the sanctity of human life,” he said at the time. “From the very first day of our administration, we reinstated the Mexico City policy to make sure that abortions would not be funded or promoted with tax dollars around the world. … I have the privilege of being the first vice president in history to address the national March for Life on the National Mall in Washington, DC.”

Pence, a former Indiana governor and congressman, has also made trips to the early presidential nominating states of New Hampshire and South Carolina since leaving office.

After his four-year partnership with former President Donald Trump in the White House, the former vice president has sought to strengthen his own political brand by launching Advancing American Freedom, a conservative nonprofit organization.

On Saturday, Pence will also attend a dinner in Oregon for the Washington County Republican Party, giving a speech that will focus on law enforcement, according to Politico.

Other potential 2024 Republican contenders who have traveled to early nominating states include Nikki Haley, the former US Ambassador to the United Nations, and Sen. Tom Cotton of Arkansas.

Former President Donald Trump, the biggest wildcard on the GOP side, has teased a potential run for months but has not yet announced his decision. He will also travel to the Buckeye State, though, holding a rally at the Iowa State Fairgrounds on Oct. 9.