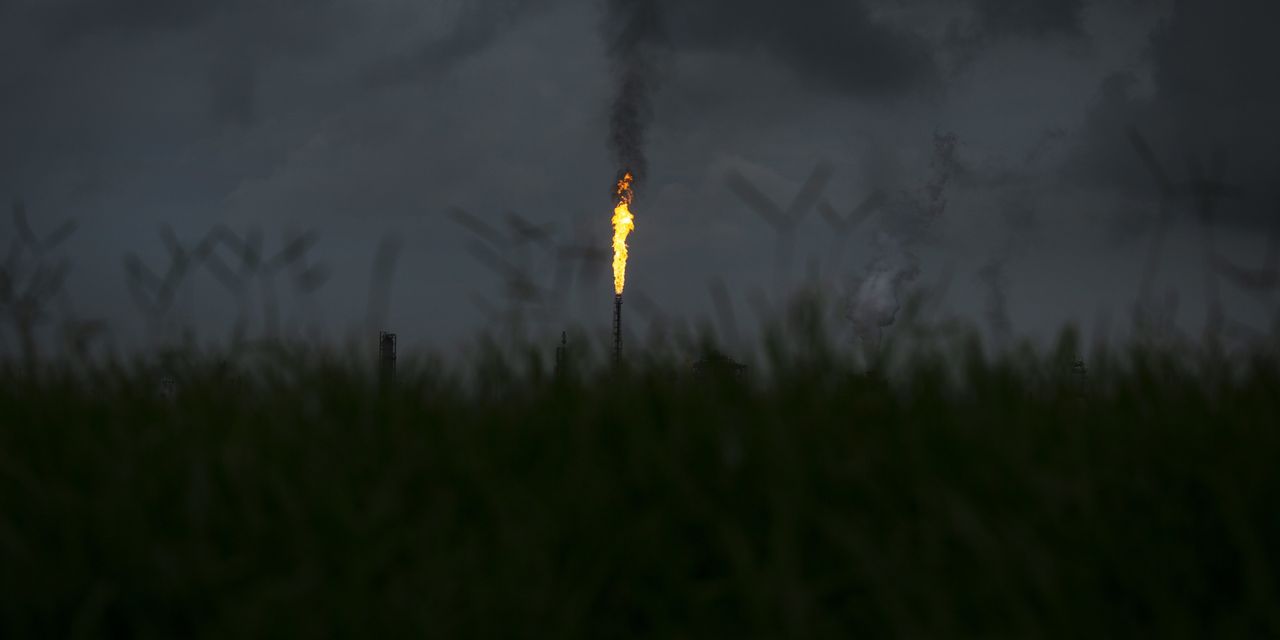 0 11
Share
Natural-gas futures rallied by more than 9% on Wednesday and oil prices climbed, with both commodities finding support on a sluggish return of energy output in the Gulf of Mexico in the wake of Hurricane Ida. “It’s clear that the storm was one of the most damaging on record for offshore oil and gas production, as well as import/export terminals and refineries in Louisiana,” said Robbie Fraser, global research & analytics manager at Schneider Electric, in a market update.  Late Tuesday, the Bureau of Safety and Environmental Enforcement estimated that more than 79% of Gulf of Mexico oil production and nearly 78% of natural-gas output remains shut-in following Hurricane Ida, a deadly and powerful storm that made landfall on the Louisiana Gulf Coast on Aug. 29. Personnel are still evacuated from 79 production platforms, which account for 14.1% of the manned platforms in the Gulf, the BSEE said. That’s “expected to contribute to
Subscribe or log in to read the rest of this content.
article_normalBrent Crude Nov 2021Brent Crude Oil Continuous ContractBRN00BRNX21C&amp;E Exclusion FilterCL00CLV21
0 11
Share FacebookGoogle+Email