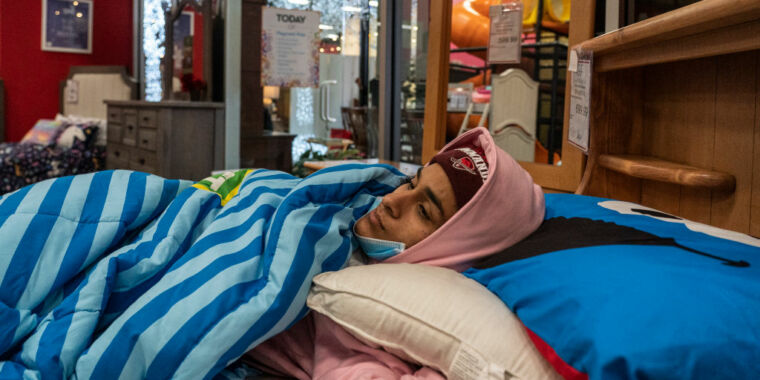 0 7
Share
Enlarge / HOUSTON, TX - FEBRUARY 18, 2021: Dialina Ganzo, 29, rests on a bed while taking shelter at a Gallery Furniture store that opened its door and transformed into a warming station after winter weather caused electricity blackouts. With autumn arriving in much of the US, it won't be long before parts of the country start experiencing cold weather again. Texas residents can be forgiven for the thought triggering a bit of PTSD, given that last winter saw the near-collapse of the state's power grid, leaving many residents without any power for several days of below-freezing weather. A long list of factors contributed to the mess, and in the immediate aftermath, it was difficult to understand their relative importance. But now, grid regulatory and governance groups have put together a preliminary report on the event, along with some recommendations for avoiding future calamities. A central conclusion is that the grid failure
Subscribe or log in to read the rest of this content.
0 7
Share FacebookGoogle+Email

China is too large to ignore, but here’s why it differs from most other investments