Opinion | The Once and Future Threat of Trump 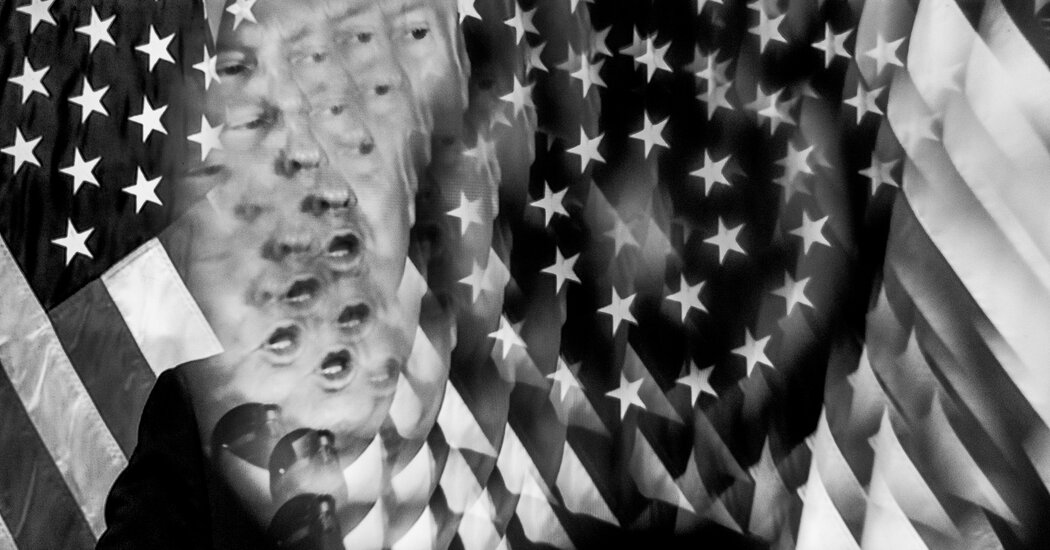 
In one of Gellman’s imagined scenarios, teams of efficient and well-prepared Republican lawyers fan out across the country, turning challenges to vote counts into “a culminating phase of legal combat.” In reality, a variety of conservative lawyers delivered laughable arguments to skeptical judges and were ultimately swatted down by some of the same jurists — up to and including the Supreme Court — that Trump himself had appointed to the bench.

In another Gellman scenario, Trump sends in “Federal Personnel in battle dress” to shut down voting and seize uncounted ballots. In reality, the military leadership hated Trump and reportedly spent the transition period planning for how to resist orders that he never gave.

Further on in his scenarios, Gellman suggested that if Trump asked “state legislators to set aside the popular vote and exercise their power to choose a slate of electors directly,” this pressure could be extremely difficult for the legislators to resist. In reality, Trump did make the ask, and every state government dismissed it: No statehouse leader proposed setting aside the popular vote, no state legislature put such a measure on the floor, no Republican governor threatened to block certification.

Finally, Gellman warned that if the counting itself was disputed, “the Trump team would take the position” that Vice President Mike Pence “has the unilateral power to announce his own re-election, and a second term for Trump.” We know now that John Eastman, a Trump legal adviser, ultimately made an even wilder argument on the president’s behalf — that Pence could declare count was disputed even without competing slates of electors from the states and try to hand Trump re-election. But the White House’s close Senate allies reportedly dismissed this as a fantasy, and in the end so did Pence himself.

At almost every level, then, what Gellman’s essay anticipated, Trump tried to do. But at every level he was rebuffed, often embarrassingly, and by the end his plotting consisted of listening to charlatans and cranks proposing last-ditch ideas, including Eastman’s memo, that would have failed just as dramatically as Rudy Giuliani’s lawsuits did.

Which was, basically, what my own “no coup” essay predicted: not that Trump would necessarily meekly accept defeat, but that he lacked any of the powers — over the military, over Silicon Valley (“more likely to censor him than to support him in a constitutional crisis,” I wrote, and so it was), over the Supreme Court, over G.O.P. politicians who supported him in other ways — required to bend or shatter law and custom and keep him in the White House.

Instead, once he went down the road of denying his own defeat, Trump was serially abandoned by almost all the major figures who were supposedly his cat’s paws or lackeys, from Bill Barr to Brett Kavanaugh to Brian Kemp to Senators Lindsey Graham and Mike Lee and Pence. All that he had left, in the end, were Sidney Powell’s fantasy lawsuits, Eastman’s fantasy memo and the mob.