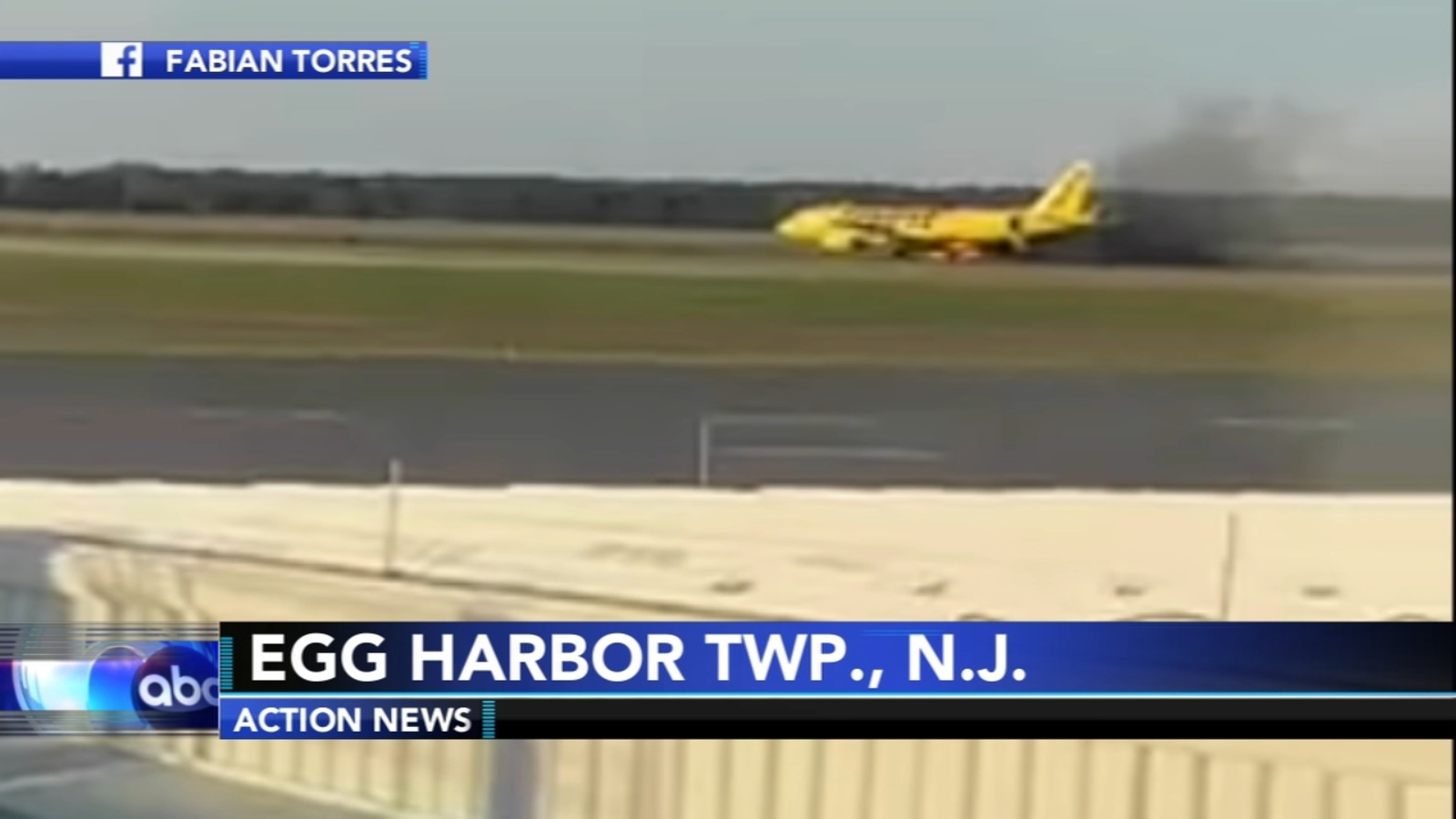 EGG HARBOR TWP., New Jersey (WPVI) — A Spirit Airlines flight taking off at Atlantic City International Airport had to be emergency evacuated due to a fire caused by a bird strike Saturday evening.

Spirit A320 was departing the airport to go to Fort Lauderdale, Florida, just before 6 p.m.

As it was accelerating for takeoff, Spirit Airlines says the bird flew into the plane’s engine.

The pilot was able to stop the plane safely despite the engine catching fire.

A total of 102 passengers and seven crew members were on board at the time.

“Spirit Airlines flight 3044 from Atlantic City to Fort Lauderdale encountered what is believed to be a large bird while accelerating for takeoff in Atlantic City, which entered one of the plane’s engines.

The captain braked safely and brought the plane to a stop, received an indication of damage to the engine, and ordered an evacuation in accordance with our standard procedures.

All Guests and Team Members evacuated the aircraft and were bussed back to the terminal. We commend our crew for handling the situation swiftly and safely.

Our Guests will receive full refunds, a future travel voucher and the option of travelling to Fort Lauderdale on another plane tonight.”