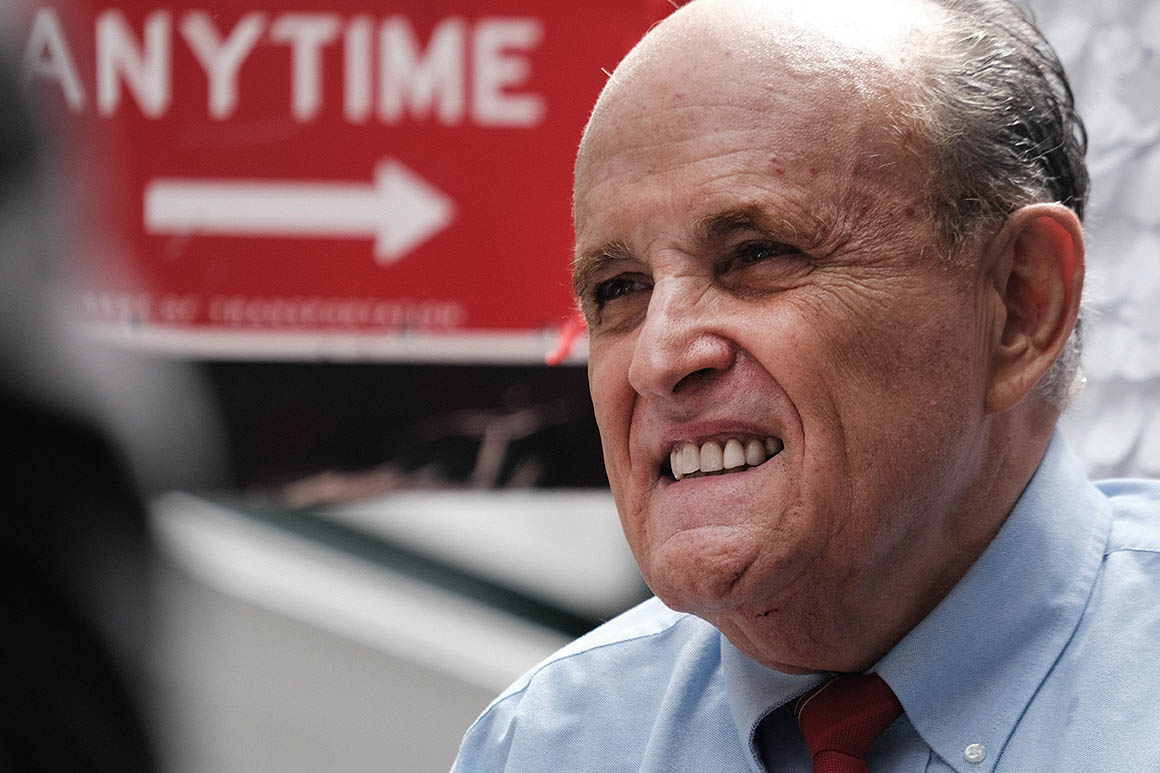 0 6
Share
Rudy Giuliani has been banned from Fox News for almost three months. | Spencer Platt/Getty Images BREAKING OVERNIGHT: The Arizona Republic scooped the results of the Maricopa County “audit” paid for by “Stop the Steal” and DONALD TRUMP allies: It found that Trump lost the key county by a wider margin than the official election results. To put a finer point on this: The firm selected by the people promoting the election lie, Cyber Ninjas, did its own count and found that JOE BIDEN won.— ALSO: In a tweet early this morning, Sen. CHUCK GRASSLEY (R-Iowa) announced that he is running for reelection in 2022 — a major sigh of relief for Republicans. The 88-year-old has been in elected office since 1958. More from the Des Moines RegisterBRAVURA OR BRAVADO? — Buckle up. That was the advice from Capitol Hill late Thursday night as news got out that Speaker NANCY PELOSI privately told her committee chairs that she does, in fact, intend to bring the reconc
Subscribe or log in to read the rest of this content.
0 6
Share FacebookGoogle+Email

Risk keeps on the softer side so far on the day