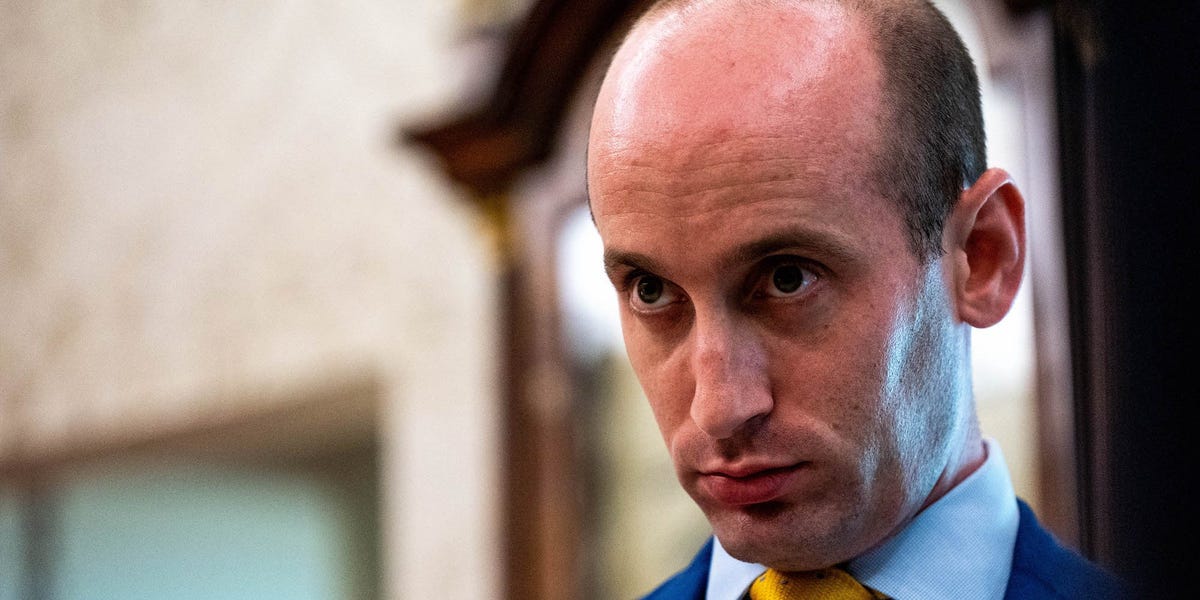 0 9
Share
Stephen Miller said refugees would create "Iraqs and Stans," during a meeting, according to CNN. Loading Something is loading. Former senior Trump administration advisor Stephen Miller reportedly balked at the idea of resettling more Afghan refugees during a cabinet meeting in 2018, telling the room that the refugees would create "Iraqs," and "Stans," in the US, according to CNN.Miller pushed an unapolo
Subscribe or log in to read the rest of this content.
0 9
Share FacebookGoogle+Email

Why The Market Rally Is So Strong; 5 Stocks Near Buys

Biden holds Trump’s line when it comes to China