Stocks Survive a ‘Taper’ Scare. What Comes Next. 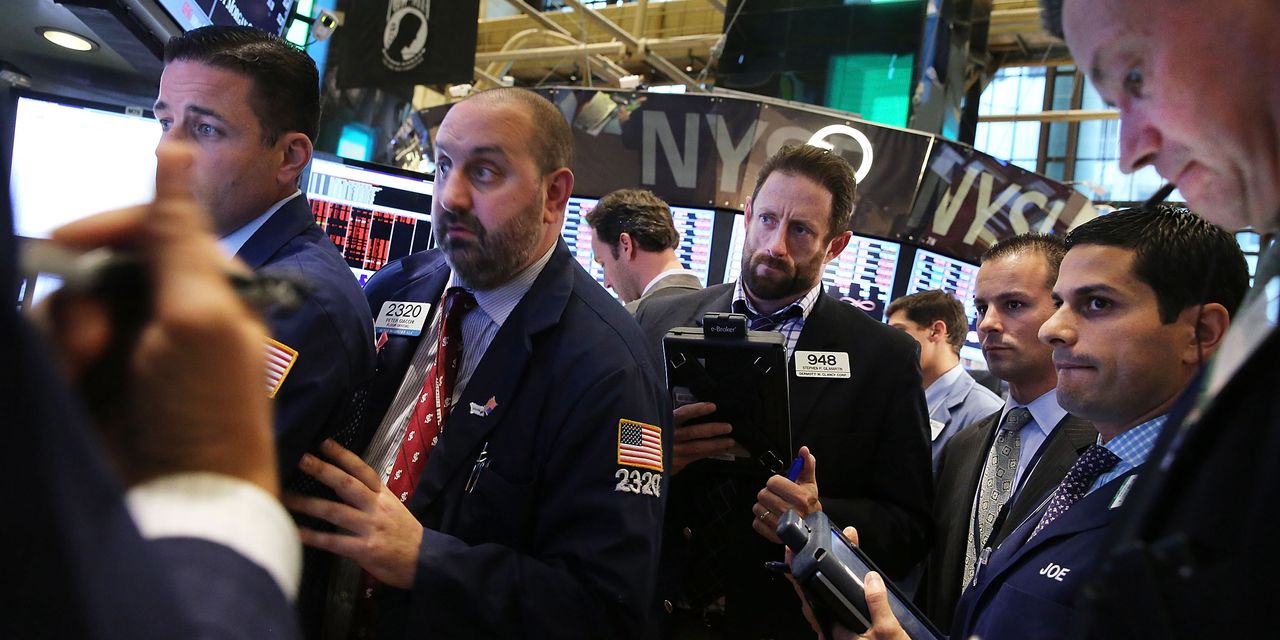 Tapering, the term used to describe the winding down of the Federal Reserve’s bond purchases, was the big topic of conversation this past week—even though we all knew that quantitative easing is living on borrowed time. Still, we read The Wall Street Journal article gathering all the hawkish Fedspeak in one place this past Monday, and waited for the minutes from the Fed’s July meeting on Wednesday, even though we all had a pretty good idea what they’d say.

It never ceases to amaze us how the market can react to a nonsurprise. But react it did. The

declined 1%, to 4424.11, this past week, with the worst of the drop happening on Wednesday, while the

Those losses fall quite short of a full-blown tantrum, and there seems little reason to actually expect a repeat of 2013, when Ben Bernanke most certainly did shock the market when he first discussed the subject. This time, everyone knows the taper is coming—even if Rob Kaplan, the hawkish president of the Dallas Fed, muddied things a bit by saying the he’d rethink his call if the Covid-19 Delta variant showed signs of slowing economic growth.

More important, though, the original taper tantrum wasn’t nearly as bad as its reputation suggests. Yes, stocks tumbled 5.8% from May 22 through June 24, 2013, but those losses were made back quickly, notes BMO Capital Markets strategist Brian Belski. Nor does the stock market need QE to produce gains, though gains have been larger during periods when the Fed is buying bonds than when it isn’t.

“As such, the so-called taper tantrum of 2013 actually represented a buying opportunity in U.S. stocks,” Belski explains.

Of course, there are plenty of things to be afraid of, even if tapering isn’t one of them. The botched exit from Afghanistan, though unlikely to have an economic impact, could complicate the passage of a stimulus package in Washington. The stock market, meanwhile, appears to be supported by fewer and fewer stocks, with the small-cap

slipping 4% this past week—just the latest sign that there’s plenty of weakness underneath the surface. Economic data, too, are looking to have slowed more than just a bit, with housing starts slumping and retail sales suffering a larger-than-expected drop, perhaps due to the Delta variant’s spread.

Still, other data have held up well, with an unexpected month-over-month increase in industrial production and jobless claims hitting a pandemic-era low. The latter, in particular, suggests the economy remains strong enough for the end of QE to begin. “If the labor market data holds up, the Fed will be tapering this year,” writes MKM Partners Chief Economist Michael Darda.

We’ll be looking for more news on the timing on Aug. 27, when Fed Chairman Jerome Powell speaks at the Kansas City Fed’s Jackson Hole conference, now set to be held online. But like it or not, tapering is coming.

And when it does, we’ll see how much of it is already priced in.

Write to Ben Levisohn at Ben.Levisohn@barrons.com