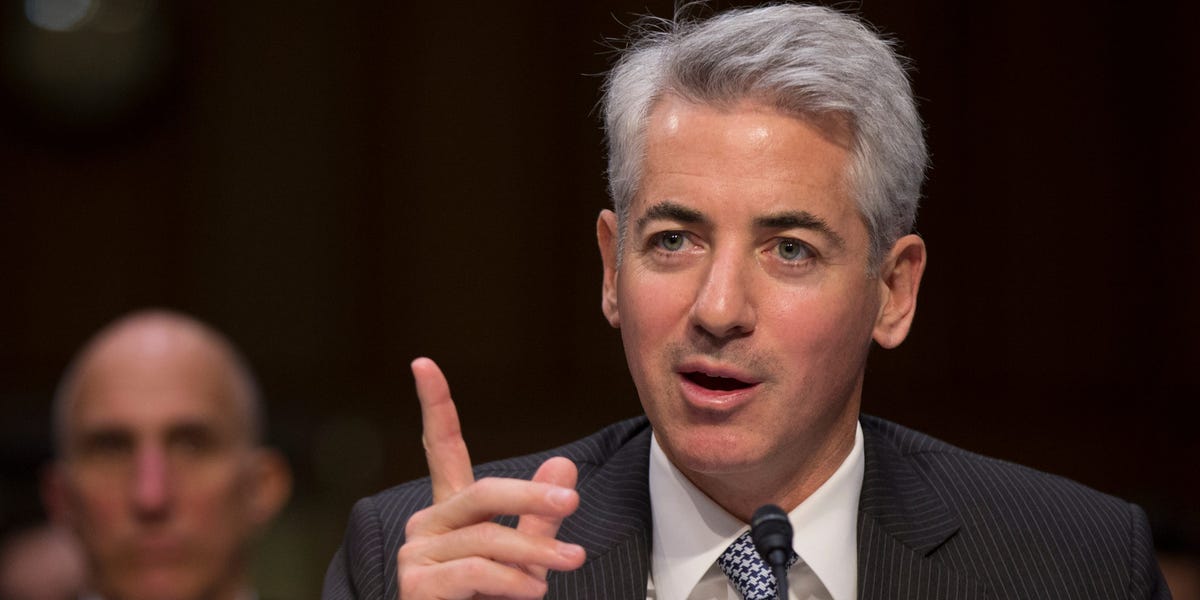 
Bill Ackman should say nothing, not one word, until he finds a fix for his stunning tone deafness.

The famous, swashbuckling investor can afford to find a good one. Ackman’s hedge fund, Pershing Square Capital, made over $2.5 billion in less than two weeks by betting on the market chaos of March 2020. That may have been his fastest billion, but it certainly was not his first.

Regardless of Ackman’s recent or historic success, the debacle over his latest venture — the bungled rollout of a special purpose acquisition company, or

SPAC
— shows that even the most successful investors can become victims of their own hype and deaf to legitimate feedback.

Ackman is not a stranger to large, public battles over his investments.

On the success side of his ledger are positions like Canadian Pacific. A decade ago, he tripled a billion dollar bet in roughly two years on the railroad. More recently he made sweet money on last year’s Starbucks bet.

But Ackman has also made some sour investments, often coming with public embarrassment. He lost big money on JC Penney and Target. He accused nutrition company Herbalife of being a Ponzi scheme and predicted its stock would fall to $0. His short of Herbalife got Ackman into a war of words with another hedge fund legend, Carl Icahn. Icahn made a billion dollars on Herbalife. Ackman probably lost a billion dollars.

Herbalife isn’t the only time Ackman’s words boomeranged on him. He compared Valeant Pharmaceuticals to Warren Buffett’s Berkshire Hathaway and sang the praises of its CEO, Mike Pearson.

After the exposure of dubious sales practices and questionable accounting, Valeant crashed. Pearson was ousted. Ackman lost his investors about $4 billion.

Call it a SPAC or a SPARC, it’s still a disaster

After the Valeant debacle, Ackman revived his reputation, and he seemed to be listening to investors when he announced, with his customary fanfare, a SPAC — or “blank check company” — with unusually investor-favorable provisions.

SPACs have enjoyed a recent resurgence, the once rarely-used structure allows investors to pour money into a publicly-traded investment vehicle which then takes that cash and buys a private company. This merger takes the company public on stock exchanges without having to go through the typical due diligence associated with an IPO. The number of companies going public through this method has soared over the past two years, and Ackman seemed to be jumping on the trend.

But then he tried to pull a slick switcheroo and use the SPAC to buy stock in a public company instead of doing what SPACs do — merging with a private company and taking it public.

Ackman told himself the switcheroo was okay as long as he offered to pay his investors the original offering price of the SPAC’s stock. Not a great offer, because investors would lose money if they had paid a premium to buy their stock after the SPAC went public, and many did just that because they expected Ackman to find a great company to merge with the SPAC.

Ackman also was surprised that the switcheroo attracted regulatory questions about whether it was a SPAC or a much more tightly-regulated investment fund.

At that point, a person who isn’t tone deaf would have been inclined to say something like “Sorry, I guess I got a little too creative. I’ll go back to the deal I sold you.  I’ll look for a great target company that wants to go public by merging with our SPAC.”

But Ackman, being tone deaf, didn’t do that. Instead, he tried a second switcheroo.  Rather than go back to the original SPAC format, he decided to turn it into a “SPARC,” a new type of company people hadn’t invested in and that regulators haven’t approved.

The whole situation has, clearly, turned into a debacle.

When hubris meets a bubble

Ackman seems desperate to not do his SPAC. Perhaps he is waking up to a fact many other investors are realizing: that SPACs aren’t all they’re cracked up to be. The rate of formation of new SPACs has drastically declined in recent months,many investors in existing SPACs have asked for their money back, and the performance of now-public SPAC companies has been dismal.

These N.J. Republicans sought Trump’s blessing at his Bedminster golf club this year